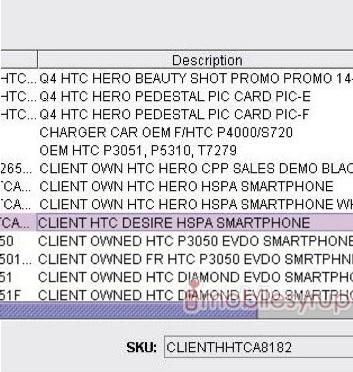 Dazed and confused… A few weeks ago we got an internal screenshot that showed TELUS will be bringing on something called the HTC Triumph. This was apparently a re-branded name for the Android-powered HTC Desire. Thanks to our tipster who originally sent us the images has now sent us a new pic that shows that TELUS has updated their inventory with the original name of HTC Desire.

This is still targeted to be released sometime in July and runs Android OS 2.1, but with talk of being updated to 2.2 soon.