Smack That, Sexy Back and Ridin’ lead the way for Canada’s most popular ringtone downloads.
With sales of original ringtones representing approximately 45 percent of Canada’s digital music sales in 2007, the Canadian Recording Industry Association (CRIA) has unveiled a new Gold and Platinum awards program for mobile ringtones.

CRIA President Graham Henderson said “Ringtones are another way Canada’s recording industry is getting music to fans where they want it and how they want it. The new awards program celebrates not only the artists behind the most popular ringtones, but also the burgeoning genre of mobile music and the fans who are discovering it.”

“Canada’s music industry is working hard to build a stronger legitimate digital music marketplace in this country,” Henderson said. “The recognition of top-selling ringtones is another step forward in bringing digital music sales into the consumer mainstream.” 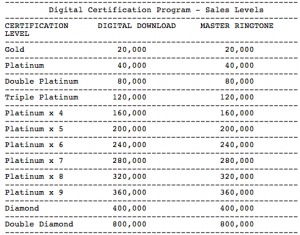