The S22 and S22+ might also release in green 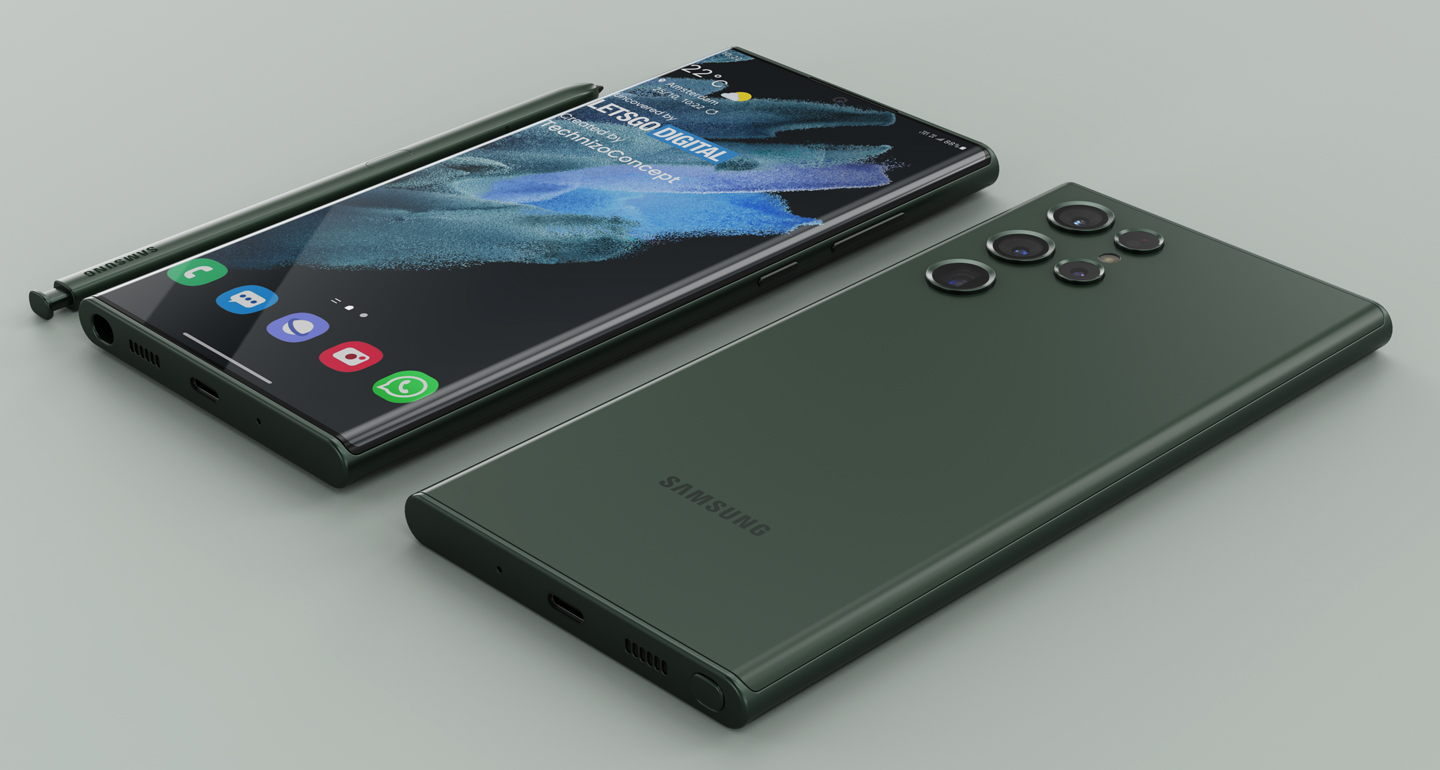 Samsung’s Galaxy S22 Ultra will reportedly come in green, according to a new leak from GalaxyClub.

The rumoured smartphone will also be available in a ‘Dark Red’ colour along with the standard ‘Black’ and ‘White’ models.

Additionally, LetsGoDigital, in partnership with Techizo Concept, created a series of 3D renders to match this new darker green colour variant. It’s also possible that the S22 and S22+ will release in green.

However, the publication suggests that the Galaxy S22 and S22+ might feature a different shade of green.

Samsung is expected to officially reveal the Galaxy S22 in February 2022. The flagship device is rumoured to sport a 200-megapixel primary shooter, an S-Pen branded stylus, an under-display camera and more.