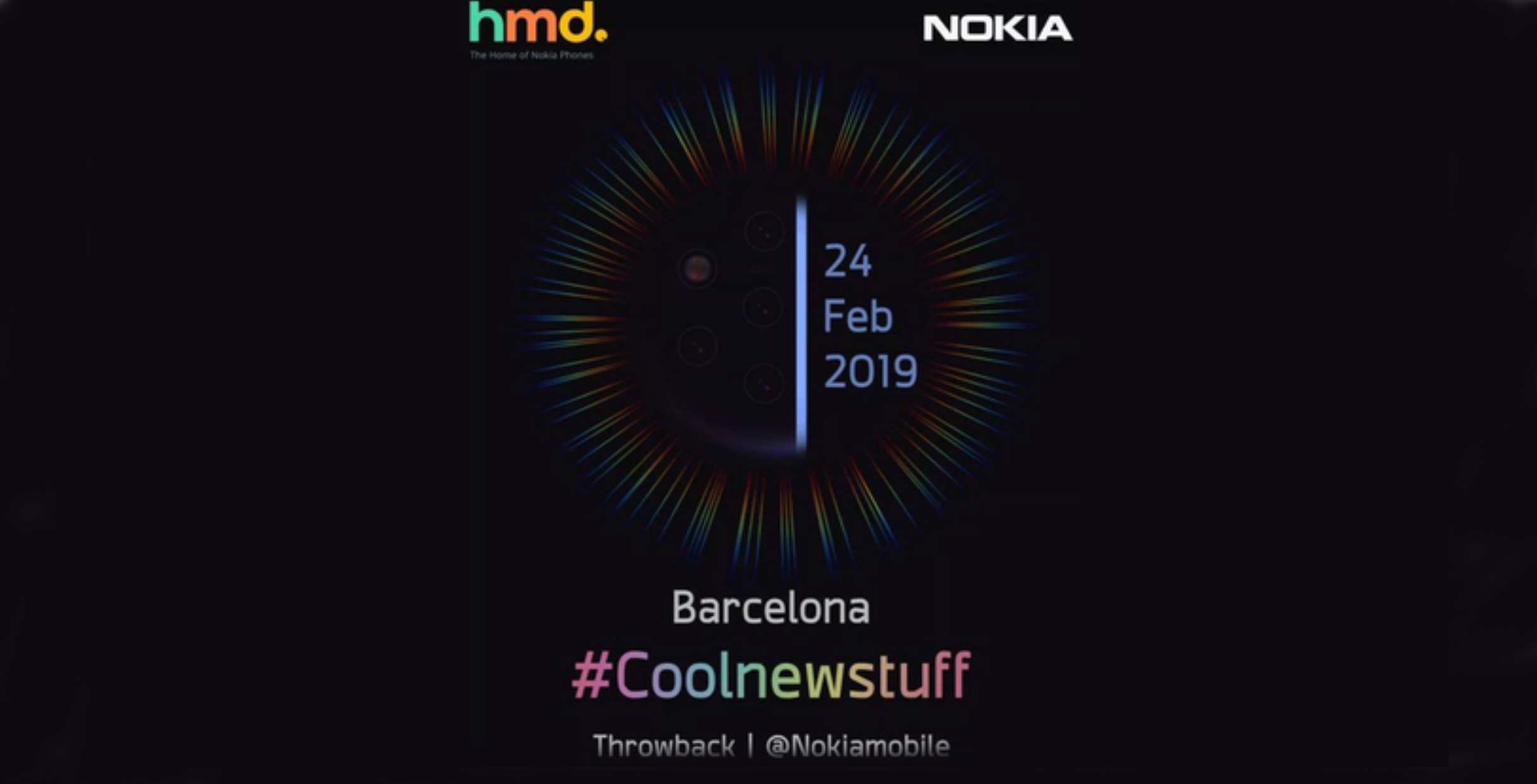 As many companies send out invites for their Mobile World Congress (MWC) events, it appears that HMD Global’s invites have leaked online.

Since 2016, the Finland-based phone company has had the rights to the Nokia brand.

The invite sports the hashtag #coolnewstuff; written next to it is February 24th, the date of when the party would be. Next to the date, there appears to be a tiny flash sensor. When you make the image brighter you can see four camera sensors beside the flash. 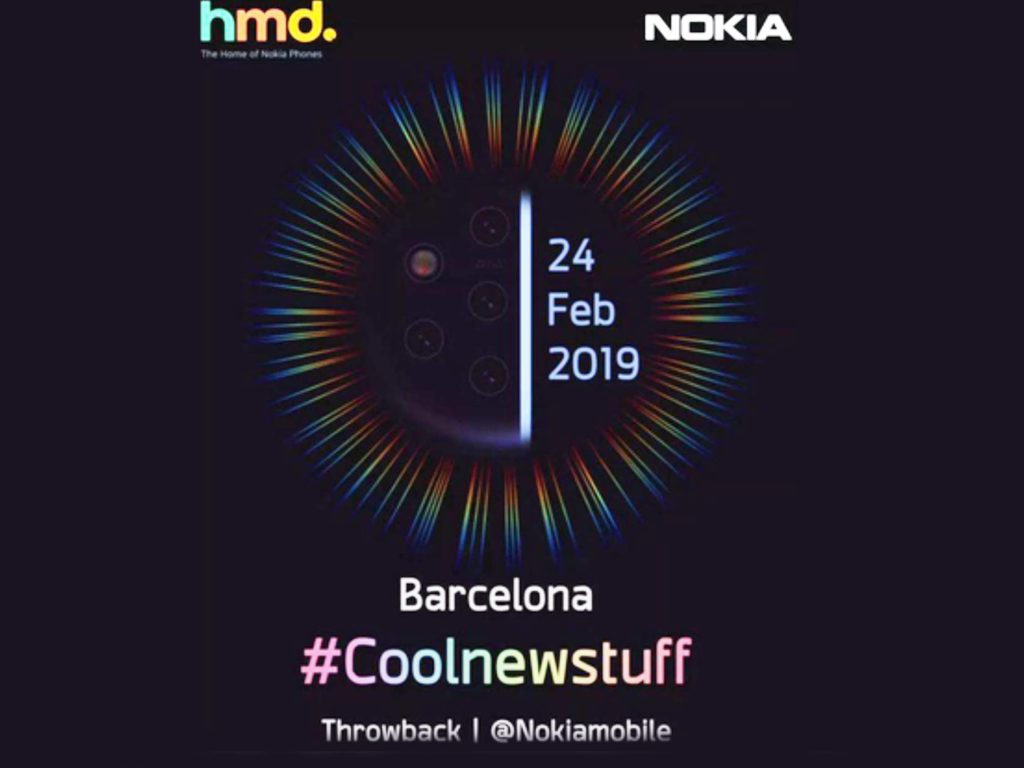 The camera setup on the invite looks similar to the renders of the Nokia 9 PureView, a smartphone that will reportedly feature five rear-facing camera sensors.

Rumours suggest that this device will sport a 5.9-inch QHD display, 128GB of storage, 8GB of RAM, Android 9 Pie, 4,150mAh battery and a Snapdragon 845 processor.

Another Nokia teaser features the silhouette of a phone with a hole punch display. According to a leak from 91mobles and OnLeaks this device that HMD Global might call the Nokia 8.1 Plus sports a headphone jack, rear fingerprint sensor and USB C port.