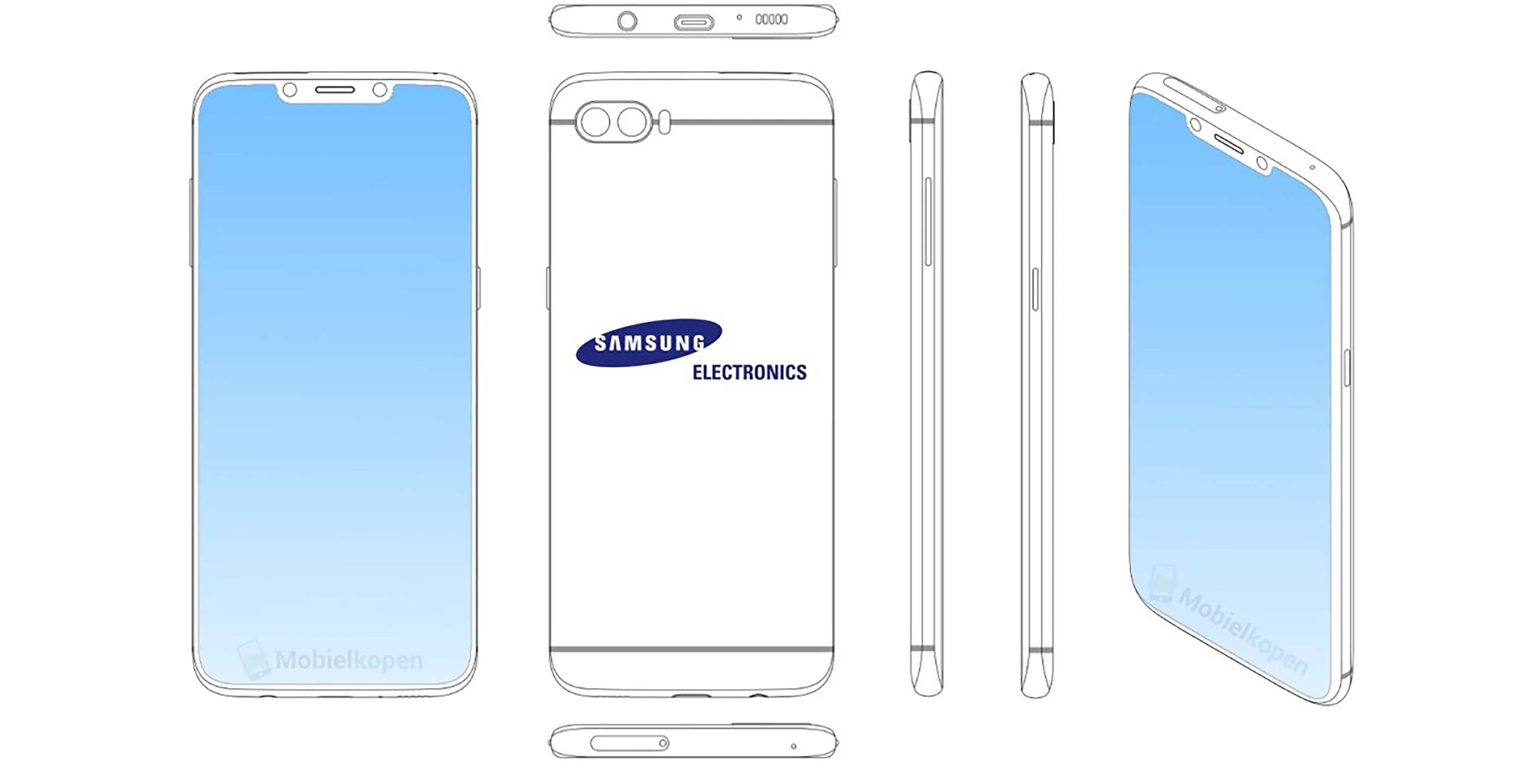 Samsung has submitted a patent for a smartphone with an iPhone X-style notch.

Mobielkopen discovered the patent that was published by SIPO, the Chinese patent office, on March 30th, 2018.

The phone shows off a bezel-less display with a dual-camera setup on the rear of the device. It also includes a USB Type-C port, volume rockers, a power button, as well as a headphone jack. The fingerprint scanner appears to be missing from the device, indicating a possible under-display fingerprint sensor, a feature that the company has reportedly been working on. 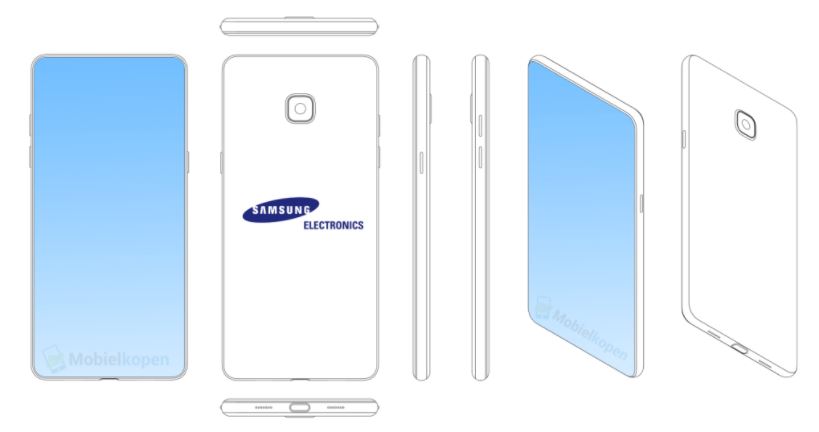 Mobielkopen also discovered another Samsung patent for a device that has a 99-percent screen-to-body ratio. The phone lacks a headphone jack and has a single rear-facing camera sensor.

Additionally, it also doesn’t feature a front-facing selfie shooter and there’s no indication of where it might be hiding. Mobilekopen suggests that the fingerprint scanner and earpiece speaker are both placed under the display, similar to the Vivo Apex FullView. SIPO also published this patent on March 30th, 2018.

While these devices look interesting, many published patents never come to fruition. This means that it’s possible that neither of these patented devices will ever see the light of day.