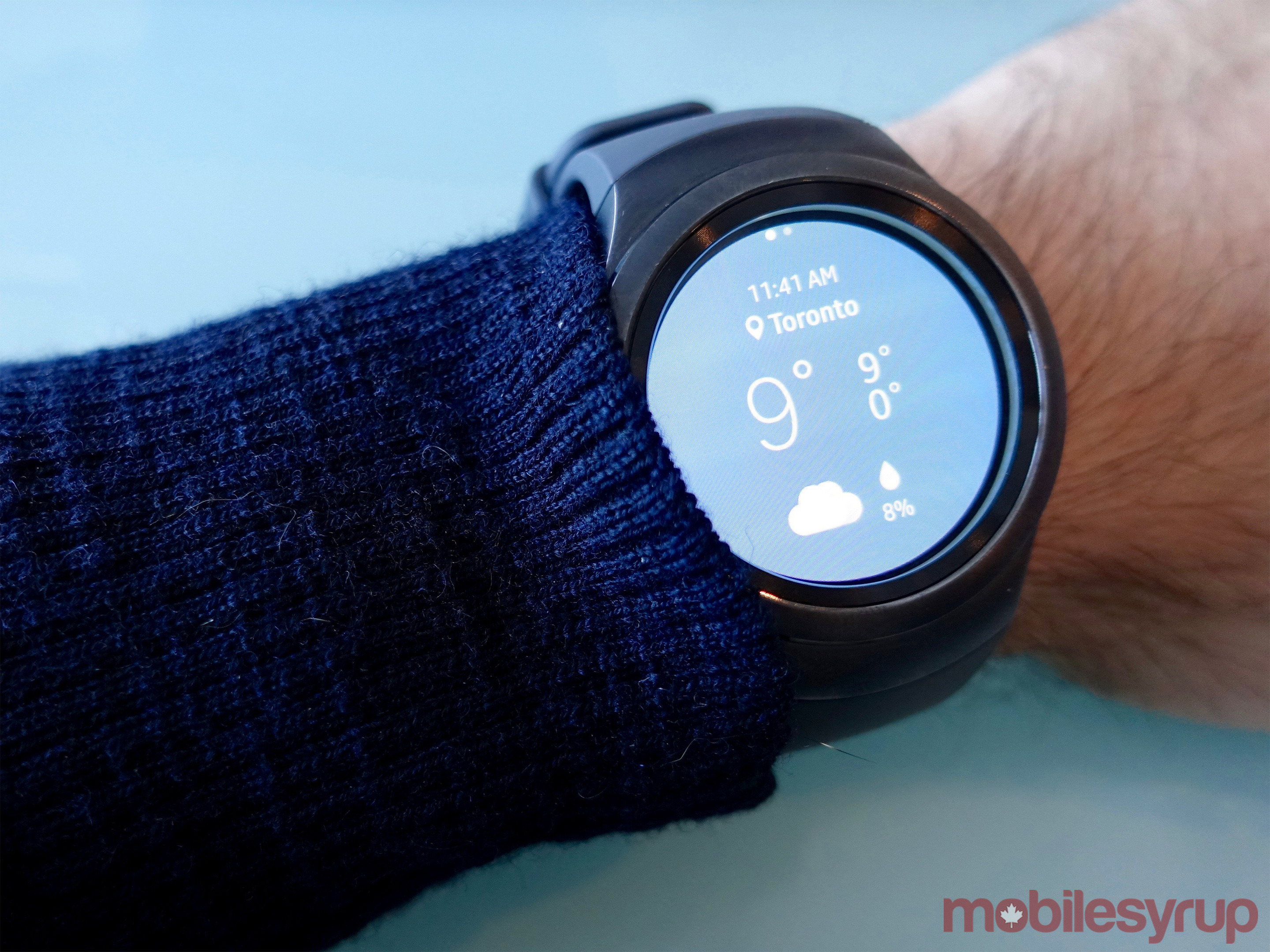 Samsung has just released an update for Gear S2 that owners of the one-year-old smartwatch will want to check out because it brings the wearable up to feature parity with Samsung’s newer Gear S3 smartwatch.

The update allows users to download, via the Galaxy Apps store, the Gear S3’s lineup of watch faces. The Gear S3’s new reminders app also makes the jump to the Gear S2.

The most exciting addition, however, is a new way to use the Gear S2’s signature rotating bezel. After installing the update, Gear S2 owners can use the bezel to act upon calls, alerts and notifications. Rotating the bezel clockwise lets one accept a call, while rotating it counter-clockwise dismisses a call, alert or notification.

The update also adds a handwriting mode, available to those who can write in English, Korean and Chinese, as well as support for 180 new emoji and text dictation.

Samsung has also updated the Gear Fit 2’s accompanying S Health app to add a number features it recently brought to the Gear Fit 2. The most useful addition on that front is a new auto-pause feature that will automatically detect when the wearer takes a break during an exercise. Post update, S Health can now automatically detect and track elliptical and rowing workouts.

Online retailers like Amazon continue to sell the Gear S2 for $299 compared, and considering its thinner profile, it may just be a better option than the Gear S3 after this latest update.