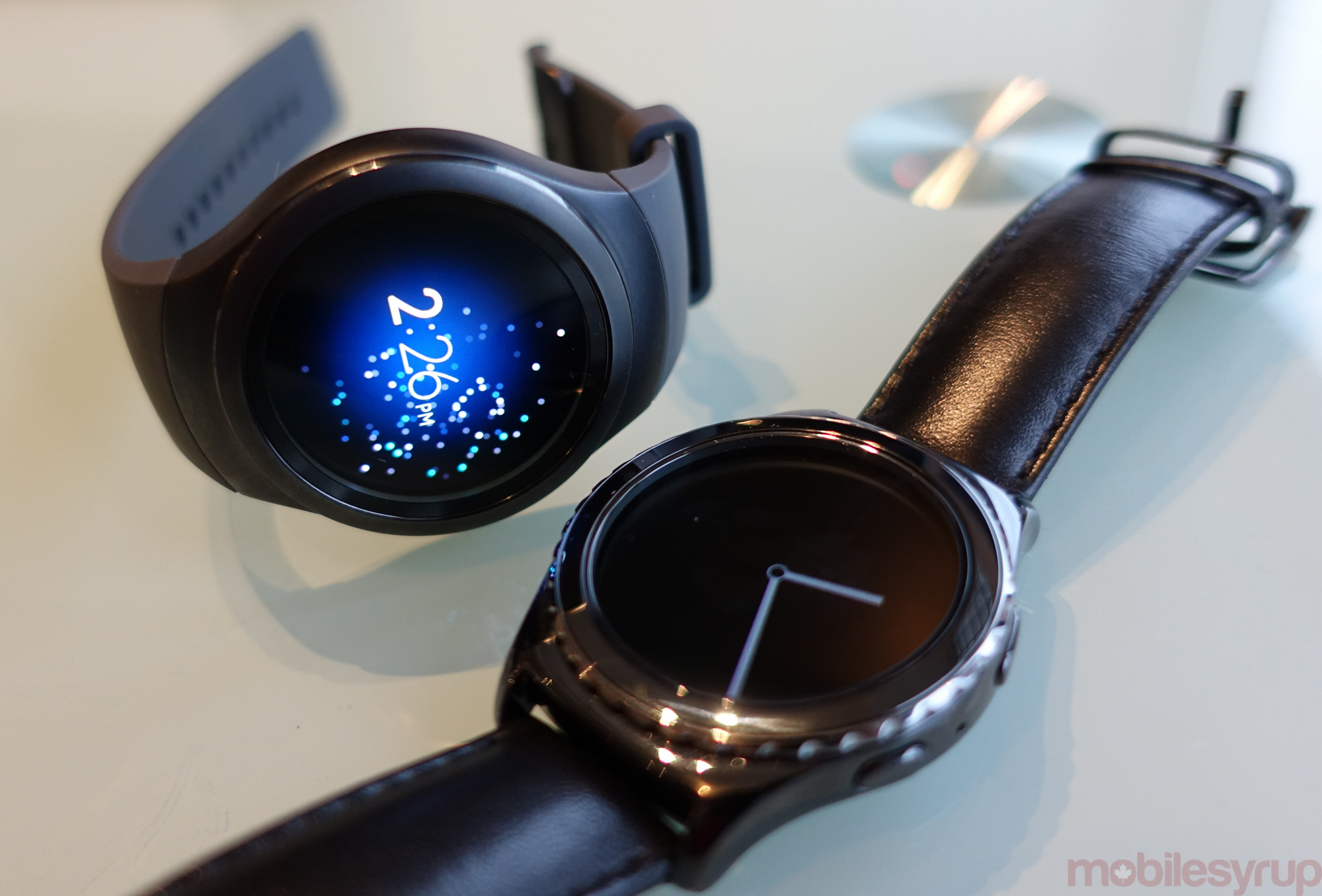 I have a confession to make: for someone that writes for a website dedicated to mobile technology, I am, in fact, a Luddite. I’m often less enthusiastic than my colleagues about new devices and apps.

When the first few smartwatches made their way into the wild, I thought most of them were pretty stupid. So when I given some time with Samsung’s new smartwatch, the Gear S2, it was surprising to me how much I came to like it.

Using a smartwatch is a transformative experience. You need to use one for some time to get an appreciation for how its functionality subtly changes how you go about your day-to-day. In lieu of that, unfortunately, you’re going have to take my word for it — and here are five reasons to take my word for it.

This is one good looking smartwatch 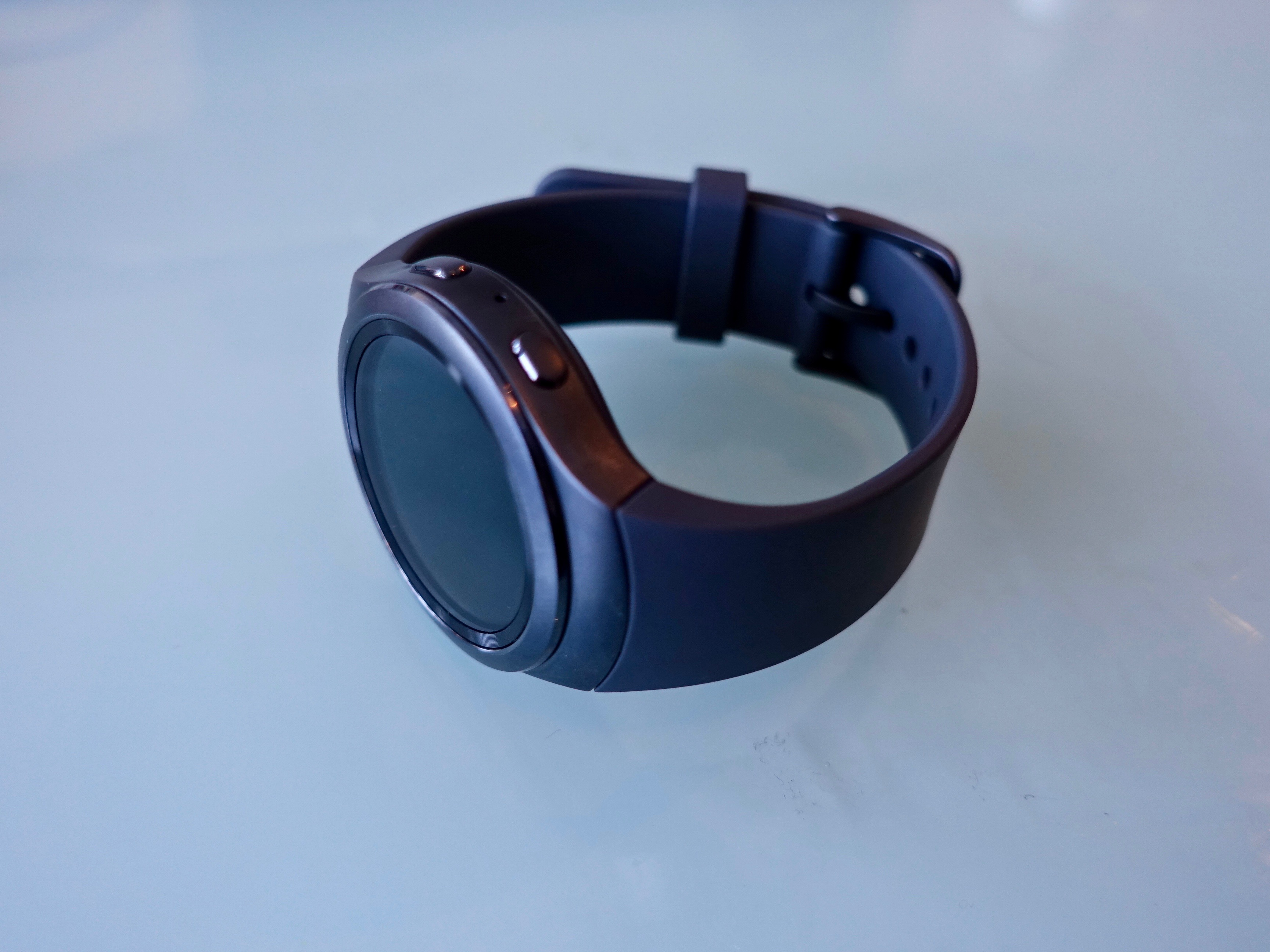 Let’s start with the obvious. Whether it’s the stainless steel and leather Gear S2 Classic or its more sporty — though no less attractive — silicone and stainless steel sibling, Samsung’s new smartwatch is handsome. There’s also an elegance and purity of form here that I find missing in a lot of other smartwatches. Indeed, the main success of the Gear S2 is that it looks so much like a normal watch, not a tech company’s approximation of one.

In the time I’ve worn the Gear S2, several of my friends have complimented it, saying that it is an attractive timepiece. When they then go on to ask me what company made it, each and every time they’re surprised to find out it’s a smartwatch.

Thankfully, the Gear S2 is not just a pretty face; it also features one of the best user interfaces found on a smartwatch available on the market today.

Coming from other smartwatches, the S2’s rotating bezel is revelation. It makes navigating the watch’s user interface easy and fast. Moreover, the addition of a home and back button help create a usage paradigm where you’re only touching the S2’s screen the bear minimum needed to confirm a selection or action. The advantage of this setup is that the screen is almost never obstructed by one’s finger. In turn, this helps reduce the time you spend navigating the display, which results in less time staring, and more time glancing.

This may seem like a small thing, but with a lot of companies positioning smartwatches as a way to reduce the amount of time we spend looking at our smartphones, the S2 is actually the device that does it best. Granted, it doesn’t do so perfectly, but so much of its success at that task comes from its analog interface.

Tizen is a strength, not a weakness 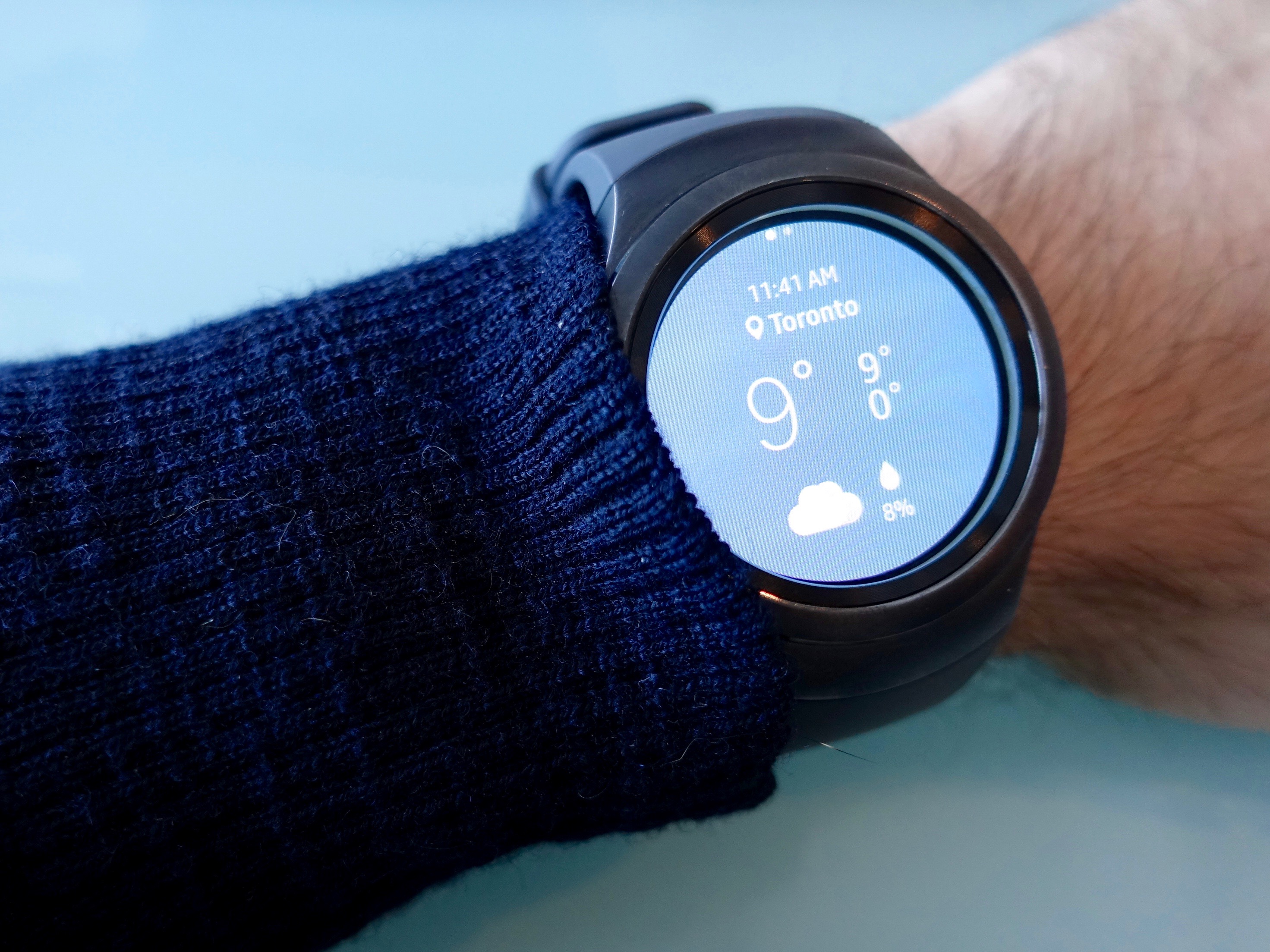 The experience of using the Gear S2 is a minimal one. Third-party apps are available on the Gear app marketplace, but the majority of them aren’t worth downloading. This is due to the fact the Gear S2, like previous Samsung smartwatches, runs Tizen, not Android Wear. Unlike Google’s smartwatch operating system, which has strong support from developers, most app creators haven’t flocked to Tizen, and for good reason — only a handful of Samsung devices have shipped with the OS pre-installed.

This may dissuade some from considering Samsung’s latest smartwatch, but I found the purity of its software experience refreshing. Whether by design or accident, the Gear S2 excels at accomplishing a select few tasks and not much else. This is fine because, quite honestly, there are only a handful of tasks smartphones don’t excel at, and it’s those tasks — notifications, activity tracking and telling the time — that the S2 does well.

Unlike something like the Apple Watch, the Gear S2 doesn’t try to do too much, and for me that is one of its greatest strengths.

S Health integration adds a lot to the overall package 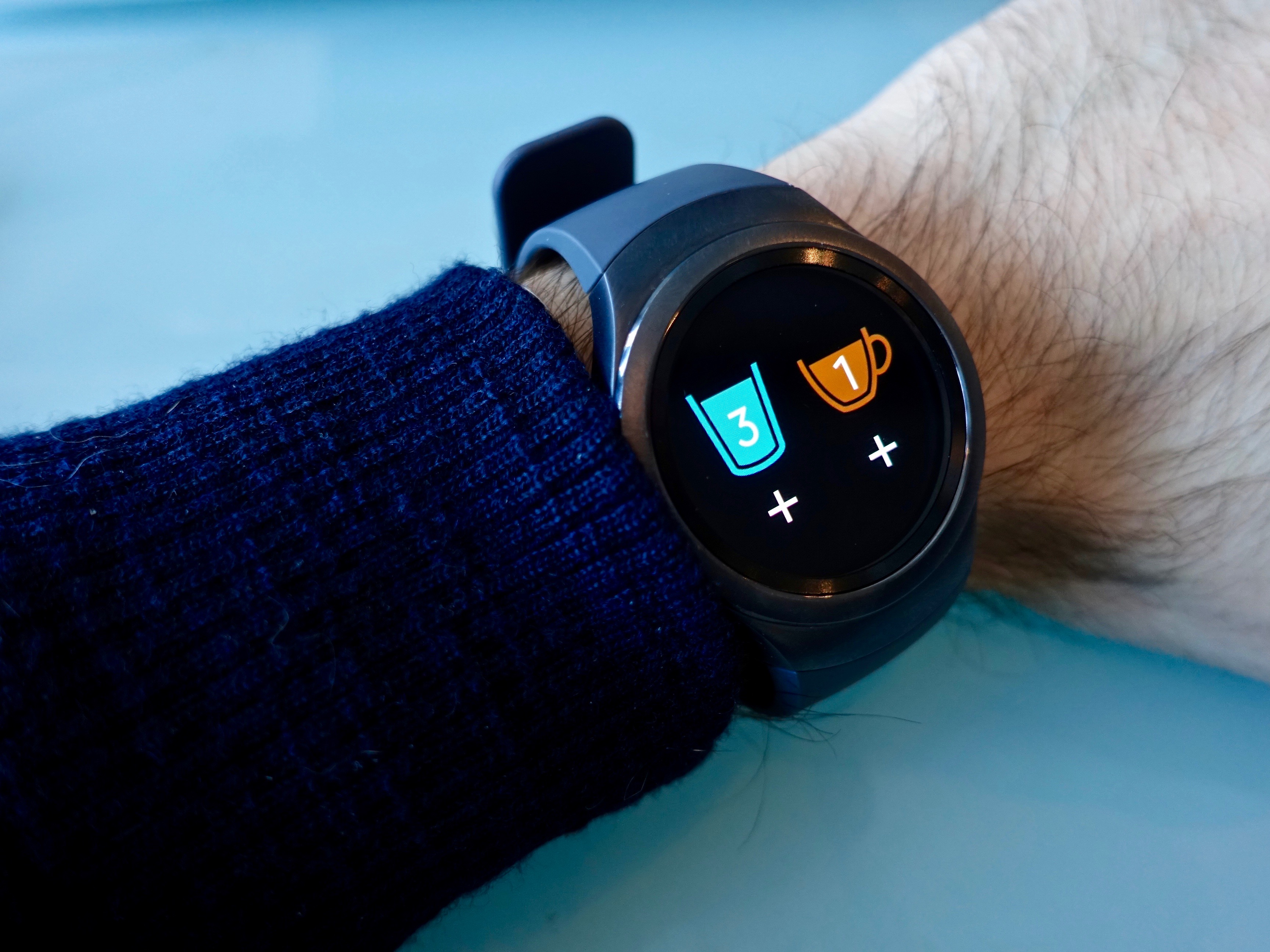 For most people, the experience of using a smartwatch is one where the device on their wrist constantly reminds them to get up and move around. While this is true of the S2 as well, I found its integration with Samsung’s fitness app, S Health, to be an excellent addition to the overall package.

Like everything else to do with the S2, the implementation is fairly simple. The S2 counts, whether through walking or running, the number of steps you take in a given day and awards you with a digital medal when hitting a plateau — set by default to a modest 6,000, though adjustable to a higher number like the 10,000 doctor-recommended daily amount. It’s also possible, thanks to a part of the interface that shows an uncharacteristic hint of playfulness, to track the amount of water and coffee you drink over the course of the day.

Ultimately, these are simple things, but I’ve found they’ve helped make me more active. Sure, the digital medals are silly, but sometimes it’s the little things that help motivate a person. 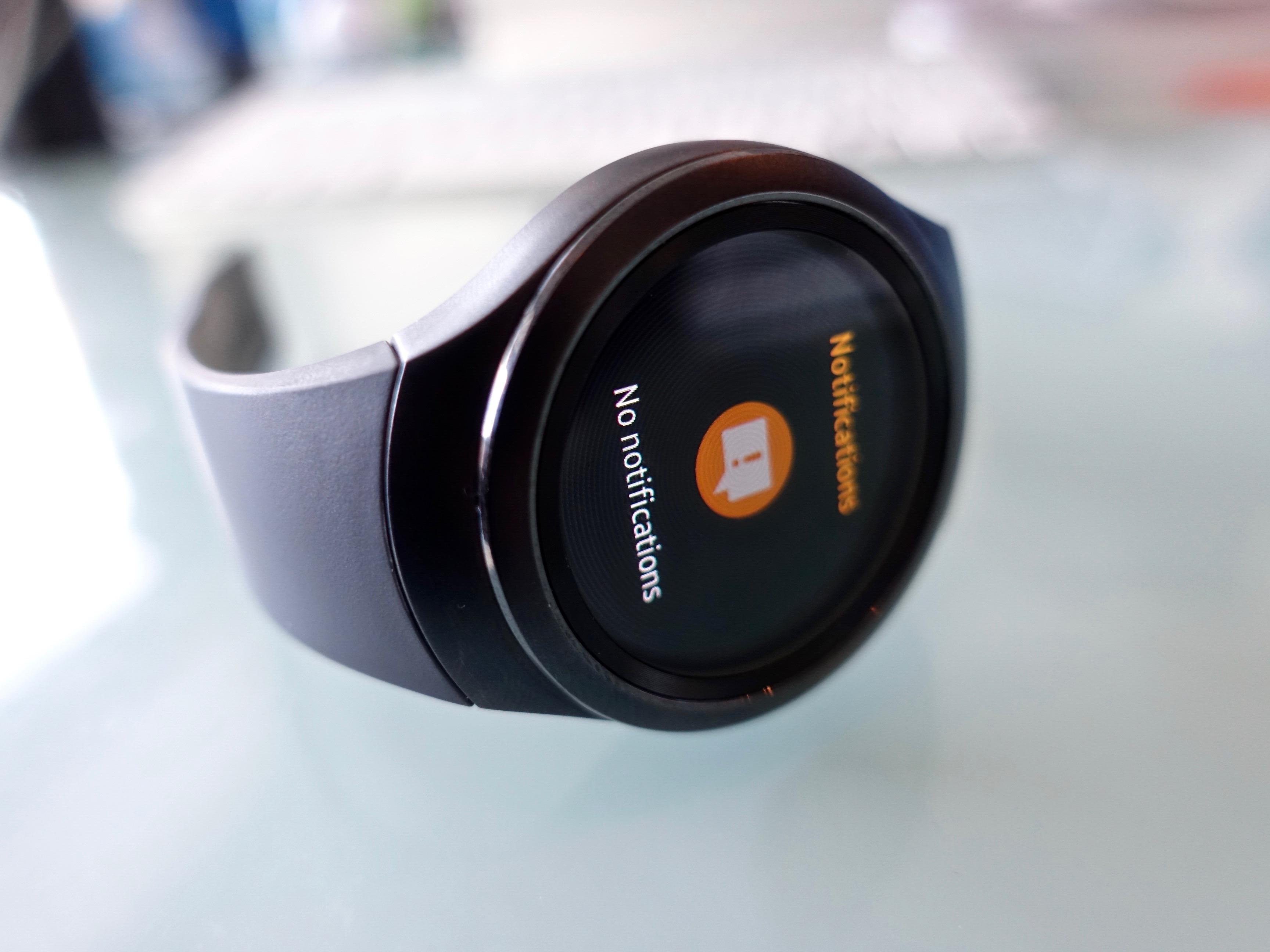 One of the reasons I was initially skeptical of smartwatches was because I didn’t want another device distracting me with constant notifications. I mentioned this earlier, but in my time with the Gear S2, I’ve actually found myself looking at my phone less. This is because the Gear S2 takes a less is more approach to mirroring notifications. When you first set it up, the Gear suggests only a handful of apps to pull from, and for the most part, these are the essentials — so things like phone calls and emails.

It was a pretty futuristic moment when I first got a phone call while listening to some music on my smartphone. I got the notification, clicked the accept button and I was chatting with one of my friends without ever having lifted my phone from my pocket.