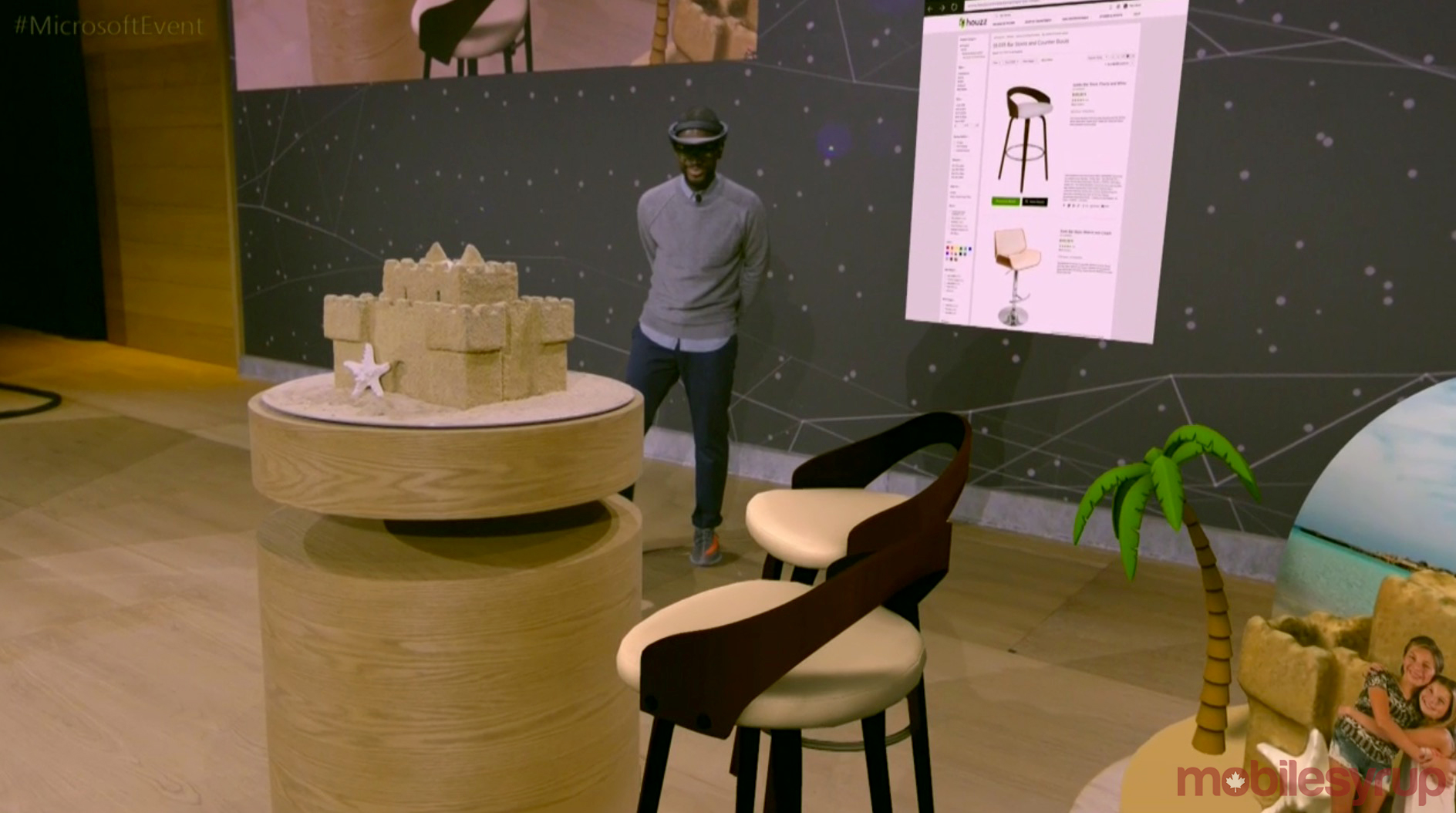 During its keynote presentation today, Microsoft demonstrated a new virtual reality accessory that can be integrated with Hololens to create new “mixed reality” experiences. The demonstration indicated that the device is capable of scanning the environment around it, similar to Microsoft’s HoloLens.

The VR headset starts at $299 USD and is set to be produced by partners including HP, Dell, Lenovo, Asus, and Acer. It will include inside-out tracking sensors, allowing it to sense the boundaries of its environment — like the HTC Vive’s Chaperone system — without the need for external cameras or laser systems, and for a much lower price tag.

This is a similar concept to Oculus’ Santa Cruz prototype which features inside-out tracking and is self-contained. On stage, however, the Microsoft headset appeared to be connected to a PC via wires.

The company has noted that the headsets will launch in 2017 following the Windows 10 Creator’s Update. We reached out to Microsoft for information related to Canadian pricing and availability and will update this story when we know more.