At its annual developer conference, Google’s David Singleton previewed Android Wear 2.0, “the most significant update to Android Wear yet”.

Among the new features coming to the platform is a new keyboard powered by the company’s advance artificial intelligence algorithms. Google has also beefed up the platform’s handwriting recognition, and added new smart replies. Likewise improved is the platform’s fitness experience with new Google Fit APIs.

More significantly, with Android Wear 2.0 there’s now support for standalone apps. During the company’s on-stage demo of the update, the presenter was able to launch and control Spotify while their smartphone was turned off. 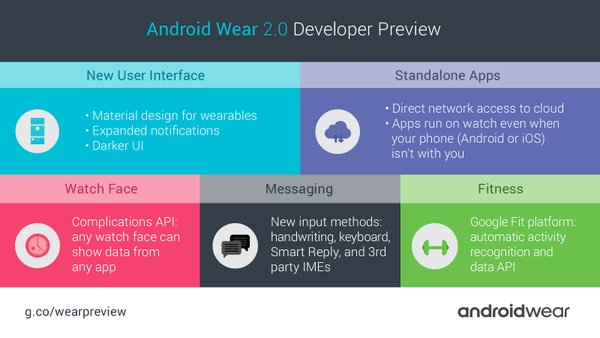 A developer preview of Android Wear 2.0 is available today. The full consumer version of the update will be released this fall.