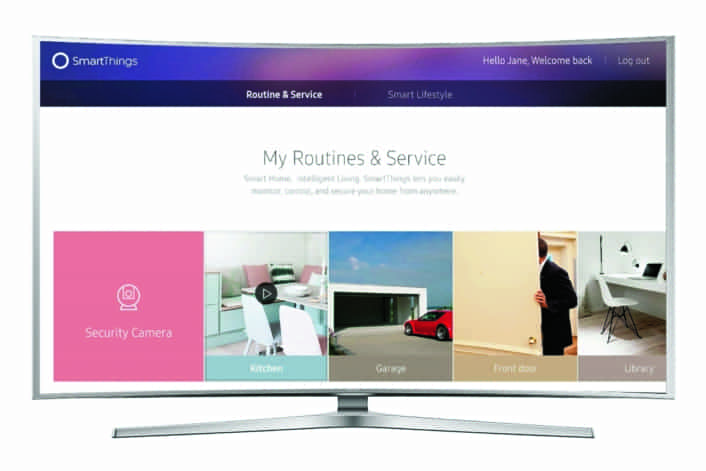 Starting in 2016, Samsung’s entire lineup of Super Ultra HD TVs (SUHD is how the South Korean giant denotes a television set it considers to be one of its flagships) will be SmartThings compatible, the company announced this morning. Samsung purchased the Internet of Things-focused company last year for around $200 million.

In all, a 2016 Samsung SUHD TV will be able to act as a hub for more than 200 SmartThings-compatible devices, including a variety of home sensors and cameras. This also means that anyone that buys a Samsung SUHD TV won’t need to also purchase one of SmartThings $99 IoT hubs, which made its way to Canada in September. Samsung will show off the TVs at the annual Consumer Electronics Show, which is set to go down in Las Vegas in a few short weeks.

Samsung is not the only company to envision the television as a hub for all things relating to the smart home (they’re also not the only company to tease their TV lineup ahead of CES). LG, which announced its 2016 smart TV lineup last week, made a point to play up the fact that the latest iteration of webOS is capable of acting as an IoT hub. Similarly, although it doesn’t produce a line of TVs, Apple likewise sees the TV as the logical place to control one’s smart home; although the execution isn’t fully there yet, the new Apple TV is capable of acting as a HomeKit hub.