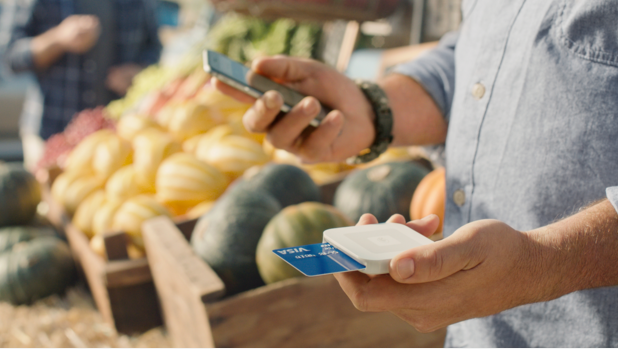 With its initial public offering now behind it, Square has announced a new credit card reader to succeed its original magstripe reader.

Initially teased at Apple’s Worldwide Developer Conference in June, the NCF-enabled device is compatible with Apple Pay, which made its Canadian debut last week, as well as other mobile payments solutions that have yet to make their way to Canada. A slot at the top of the device also allows it to read any credit card that has a chip.

Each unit also ships with the company’s magstripe reader in case a merchant needs to swipe a customer’s credit card.

Square is selling the reader to merchants for $49 USD. The company also charges a 2.75 percent fee for each transaction completed with the device.

We’ve reached out to the company to find out when it plans to bring the unit to Canada.