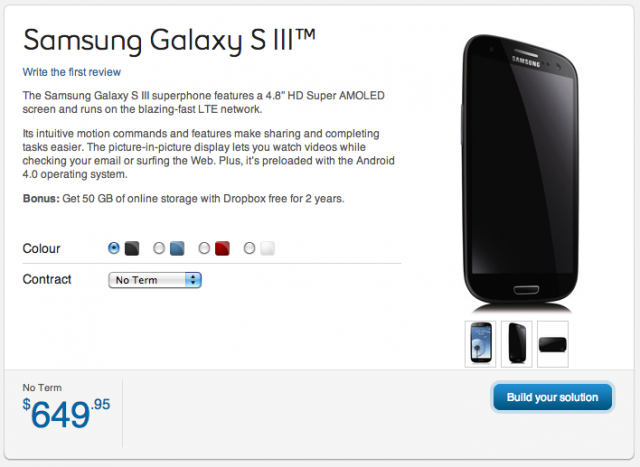 The Samsung Galaxy S III will be getting a new coat of paint soon. We’ve already seen this one-time flagship Android come in white, blue and red… but now you can expect to see a black version appear in-stores. We can now confirm that Bell will officially be releasing the GSIII in black on March 26th for the ripe price of $650 no-term. Bell has also informed staff that “stores can begin selling upon receipt of inventory,” which might be happening “as early as Thursday March 21.”

Update: Bell has officially released the Galaxy S III in Sapphire Black. Currently priced at $0 on a 3-year or $649.95 outright. Check it here.