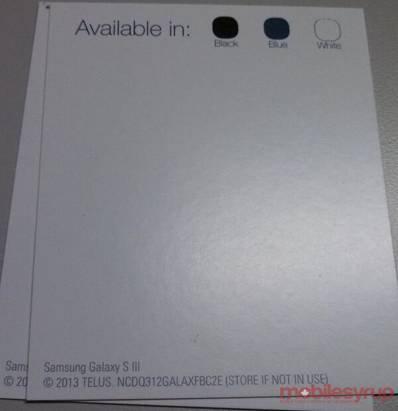 We’ve seen Marble White, Pebble Blue and Garnet Red. On the cusp of Samsung announcing the Galaxy S IV, TELUS will is on deck to release the Sapphire Black version of the Galaxy S III. We first let you know about this back in January and no official release date is confirmed, but TELUS stores have started to receive price cards that indicate the black version is en route.