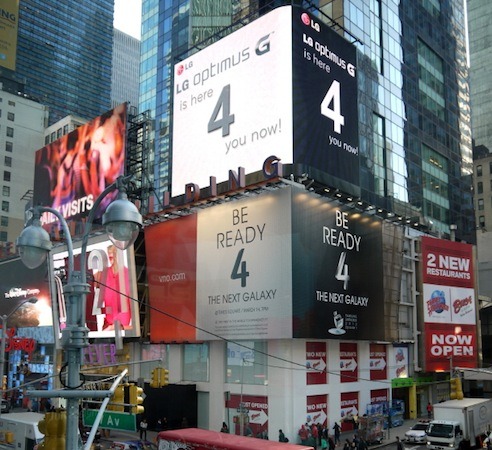 LG probably spend some heavy money on the above ad. Don Draper himself would be proud of this classic advertising move. LG has rented the spot above Samsung’s Times Square “Be Ready 4 The Next Galaxy” billboard with their own Optimus G ad, stating the device is “here 4 you now.” The colours are the same which, for the average consumer, really looks like they’ve doubled up to make a massive presence. Of course, Samsung will be unveiling the Galaxy S IV today at 7PM.