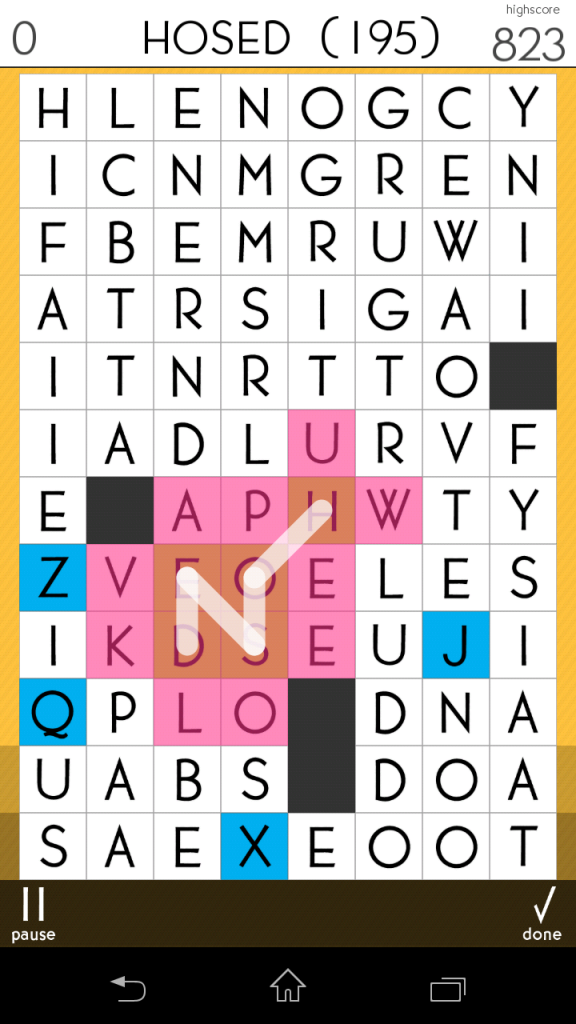 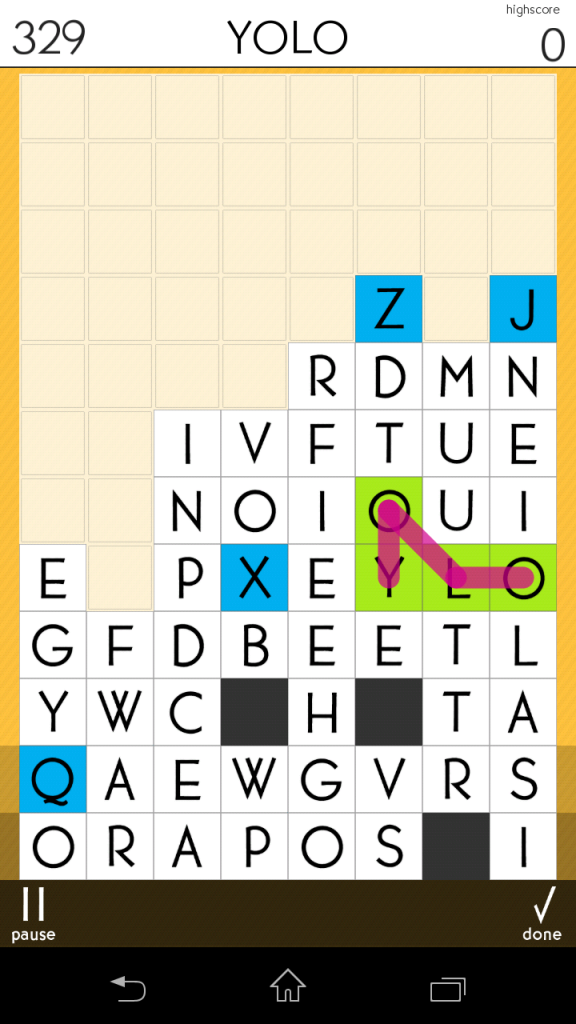 One of the most enjoyable word games to ever grace iOS, courtesy of wonder-developer Zach Gage, has been ported to Android.

SpellTower asks users to create words by joining letters in any direction; the longer the word, the rarer the letter, the more points you get. Its simple premise is what makes the game incredibly addictive, especially for word-obsessed gamers like me.

There are four single-player modes, from least frantic (Tower Mode — no time limit) to most frantic (Rush Mode — it’s really fast), as well as a two-player multiplayer mode that pits two Android devices against one another. 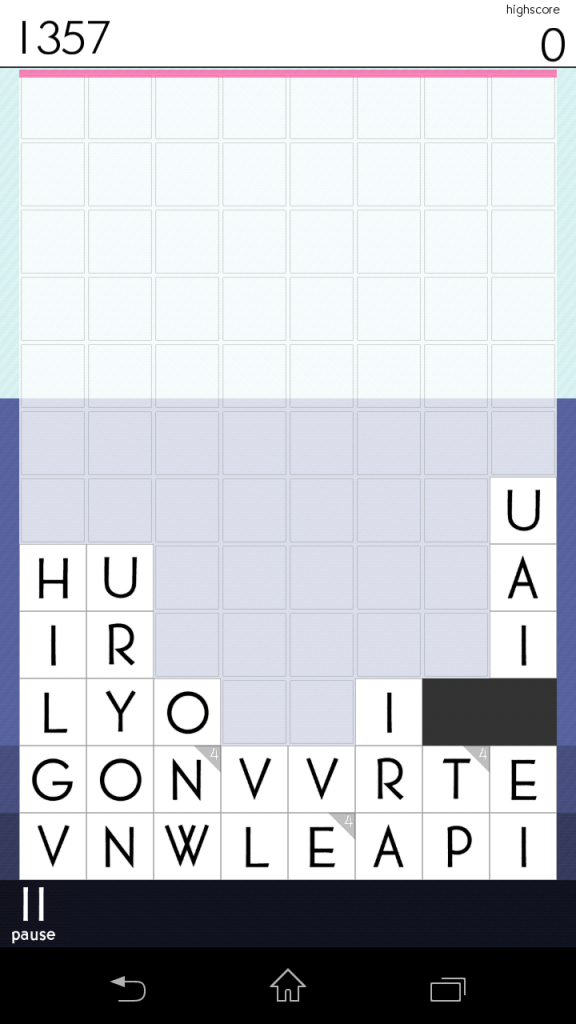 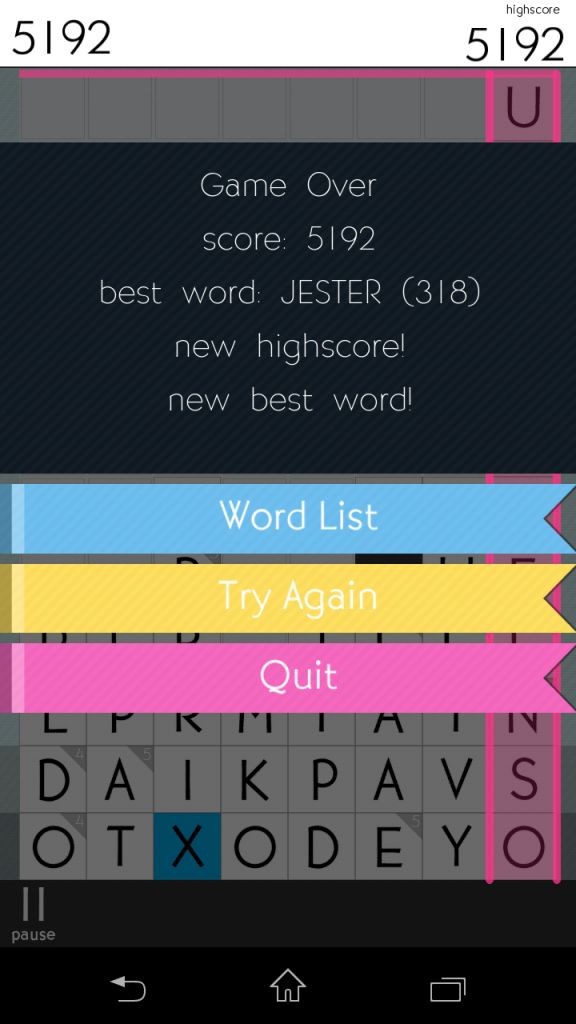 The game plays just as well as it does on iOS, but thankfully on Android it uses the entire screen.At $2.01 it’s a bargain, especially considering the lack of these types of games on the platform.