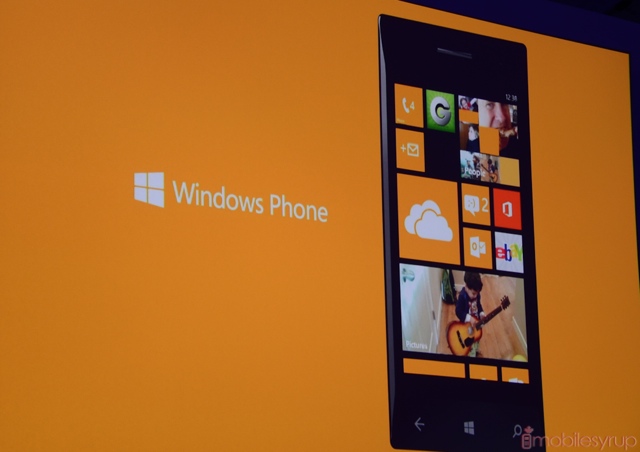 It’s raining in Seattle and I can’t sleep. I’m trying to come up with something new to say about Windows Phone 8, a new angle on an untested platform, the sequel to one with immense potential and limited success.

At its BUILD conference, Microsoft is showing off WP8 from two vantage points: that of the consumer, and that of the developer. To the naked eye, Windows Phone 8 looks remarkably similar — too similar, if you ask me — to its predecessor. But underneath, Microsoft has done a complete rewrite of the OS’ code, bringing it more in line with Windows 8. The two share a number of developer tools to create rich “modern design” (formerly known as Metro) apps, and the company hopes that with a potential install base of over 400 million, Windows 8 will rub off on its smartphone sibling.

Considering the Windows Phone 8 SDK was only released two days ago, we’ve yet to witness the platform’s true potential. While all WP7.5 apps will run on Windows Phone 8 without alteration — of which there are over 100,000 — all but a few do not yet take advantage of the numerous underlying improvements made to WP8, from the camera to social networking integration to basic performance increases.

But Microsoft assures us these apps are coming. It is confident that Windows Phone 8 will emerge in a comfortable third place behind Android and iOS, though whether it’s happy to settle there is another matter. At the moment the company is focusing on marketing, and lots of it. Windows Phone 8 will be hammered into the public’s consciousness in ways its predecessor never was; Microsoft is partnering with carriers such as Rogers in Canada and AT&T & Verizon in the U.S. to promote the software’s massive potential. Nokia, HTC and Samsung, already household names in many parts of the world, are working with Redmond to frame Windows Phone 8 not only as an alternative to iOS and Android, but as a better investment. 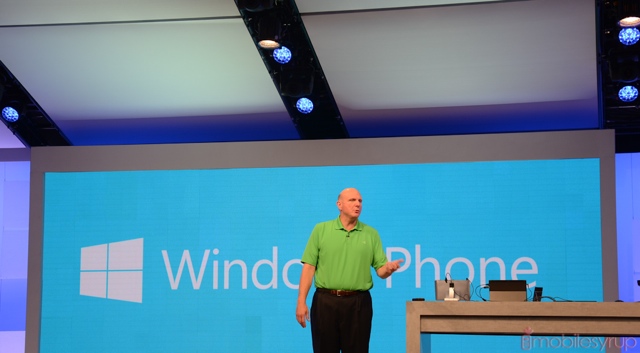 I was curious to get a sense of how developers are taking to Windows Phone 8, from both a framework and financial perspective. I spoke to a number of devs, many of whom would not commit to being quoted, but from all of them I got a palpable sense of optimism. Microsoft, they said, is committed to indie developers as well as the behemoths. Many acknowledged that there is still a chicken-and-egg problem with Windows Phone. Most developers are taking a wait-and-see approach: we’ll build our app when customers come to Windows Phone 8. Many customers, however, are waiting for the apps.

“Windows Phone 8 is promising,” says Munir Husseini, an IT consultant and part-time Windows developer from Germany. “It’s nice to have proper communication between Windows 8, Windows Phone 8 and Azure [Microsoft’s cloud computing platform for developers].” I spoke to him during a two-day Hackathon, a common occurrence at these developer conferences. Holed up for hours at a time with coffee, granola bars and a change of shirt, the goal is to create a usable app from scratch. Winners get cash prizes and prestige, with hopefully enough promotion from Microsoft to push their product on the Windows Store.

“I prefer creating apps for Windows Phone,” he says, countering the suggestion that the iPhone development environment is superior. “Lots of developers don’t like working with Apple’s tools; Microsoft’s tools are much better.” But he admits that among his peers, iOS development is a necessary evil. “Developers didn’t think they could make money from Windows Phone 7,” he continues. Has that changed with WP8, I ask? “Well, the SDK was just released, but these new products are much better.”

These new products are the Nokia Lumia 920, Samsung ATIV S and Windows Phone 8X by HTC. They provide as competitive a smartphone experience as one can find today, and with a promising ecosystem, Windows Phone 8 will be successful. These devices are beautiful and have broad appeal across demographics while maintaining a consistent user experience.

“Windows Phone 8 design is very good,” says Husseini. It’s arguably better than Android and iOS, but developers have to put in the time to utilize all the added features. Updated versions of Twitter and Facebook will be gracing the Windows Store shortly, and there’s no doubt that the consistent design between smartphone and desktop/tablet apps is going to encourage convergence and, ultimately, higher sales.

If Windows Phone 8 succeeds — and it must for Microsoft to survive in the long term — it will be on the backs of developers. Conferences like BUILD demonstrate that there is plenty of worldwide support for Microsoft. Now it just needs to deliver.