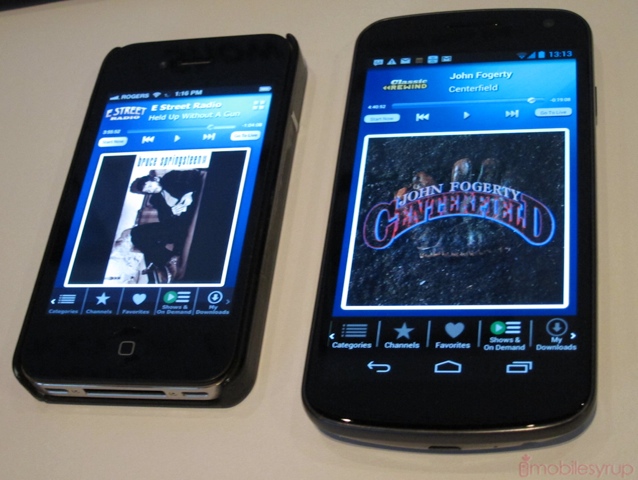 SiriusXM has launched in Canada today with some fantastic new apps for iOS and Android, along with new portable hardware for both the car and the home.

While access to the mobile service is contingent on having a $15.99/month satellite radio subscription, it’s a $4/month add-on, making the entire shebang $19.99 for the package. While that seems like a lot (and to many people it is) SiriusXM is framing the internet service portion of the service as a value-add proposition to their real revenue generator: satellite radio.

To that end, SiriusXM has redesigned both the iOS and Android app (coming soon and available today, respectively) to take advantage of many modern audio listening technologies. For example, TuneStart allows you to listen to the beginning of any song regardless of when it started playing on the actual station. This goes hand in hand with Start Now, a five-hour buffer that allows you to record the last five hours of a particular station. Because the signal is coming in over the internet, as opposed to a satellite signal, the data is more malleable; SiriusXM just streams five hours worth of content for that station, and caches it on your device until you move onto the next one. 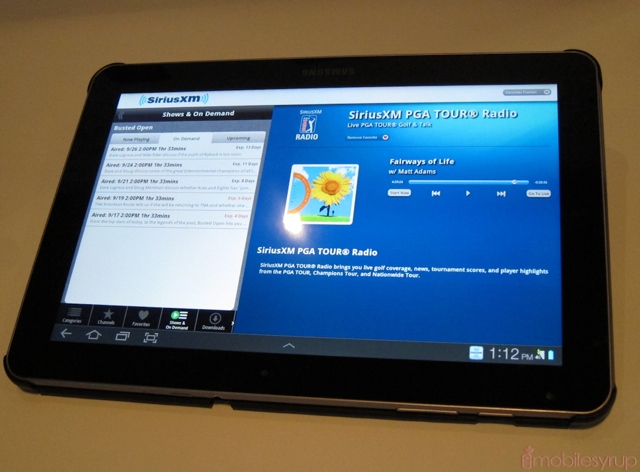 There’s a ton of On Demand content, too, curated by the SiriusXM team. For example, when I looked at the Howard Stern Show, there were select shows going back to August, but you can’t count on the last three or five shows to be available, for example.

The apps are much nicer-looking than their previous iterations. They look and function largely the same on both iOS and Android, and have been formatted for tablets as well as smartphones. There is a big grid list of Favourite stations that you can customize, and you can download certain on-demand content that isn’t license-restricted.

The company still offers Sirius or XM Radio plans separately, so you have to subscribe to one based on the unique content you prefer. Most music stations are the same since the merger, but sports and some talk shows, for example, are exclusive to one and not the other. 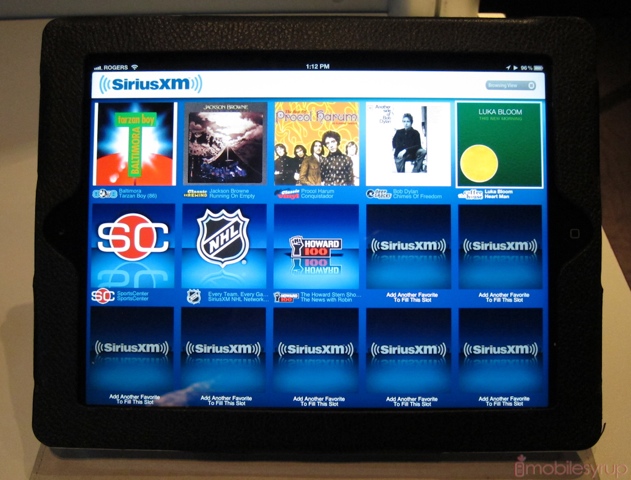 Sirius, for example, offers Howard Stern, as well as every NFL game, every Nascar race and Martha Stewart. XM Radio offers Oprah Radio, every MLB and NHL hame, and Opie & Anthony. For $4 more per month, you get the Premier version of each, which gives you a “taste” of the other one. NFL comes to XM and MLB comes to Sirius, for example. The Internet Radio offering is, as said earlier, an additional $4/month, so at some point you have to ask yourself whether it isn’t easier just to subscribe to Rdio, Slacker or Music Unlimited.

For many existing users of satellite radio, the $4/month internet portion will be a welcome opportunity to obtain the same great content on portable devices, especially when there is no satellite signal. For others, the cost may be prohibitively high.