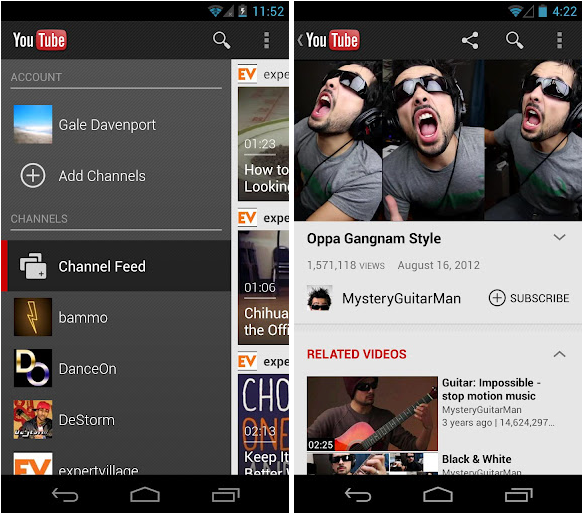 Android’s YouTube app has always been pretty good, but it got even better when Ice Cream Sandwich was released last year. With a brand new interface, easier navigation and higher-quality videos, YouTube’s app for Android shone above Apple’s stock app that had been unchanged since 2007.

But when Apple removed YouTube from its homescreen in iOS 6, Google released a stand-alone version of the app to download from the App Store. The version looks and works much like its Android counterpart, but until now it was only users running Android 4.0 and above who benefited from the design improvements.

Now, Google has released an updated version of YouTube for Froyo and Gingerbread devices that hews more closely in design and functionality to its ICS and Jelly Bean counterpart. The new app also added Preloading to those older devices, which allows YouTube to pre-fetch certain content based on what it thinks you’ll click on next. This is a WiFi-only feature, but can be very useful for those with limited time to wait for loading screens.