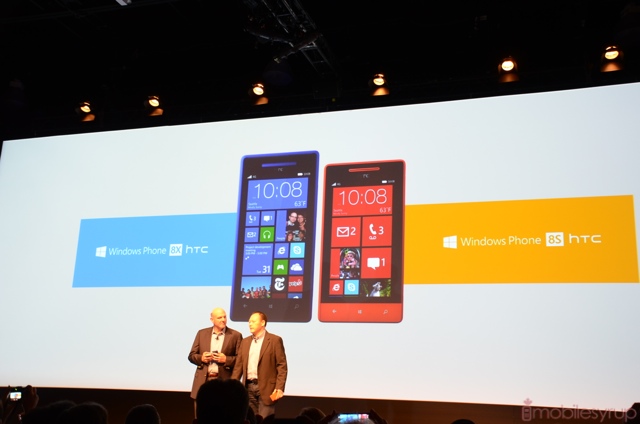 We’re live in New York covering HTC’s event, and today it’s all Windows Phone 8. HTC’s CEO Peter Chou went on stage to discuss the “beautiful experience” of Windows Phone 8, and how he and Steve Ballmer from Microsoft met to discuss HTC’s new marketing opportunities for “hero phones.” HTC claims to have sold more Windows Phones than any other company, and Microsoft is happy to be working with the company in addition to Nokia, Samsung and others.

“It was clear what we had to do,” Ballmer said. “We need a breakthrough, an iconic Windows Phone,” and today’s event covered that territory. Steve Ballmer came on stage to talk about how the new operating system and how “beautiful software inspires beautiful hardware.”

The two phones being announced today are the HTC 8X and 8S: “thin, simple and personal.” 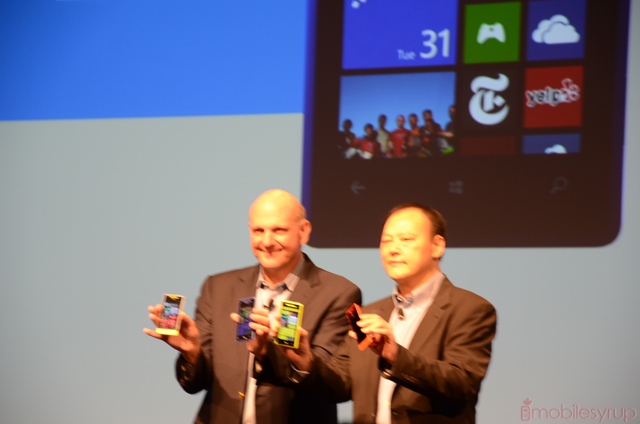 The 8X is made of the same gorgeous matte polycarbonate as the One X, but is slightly thinner and has “no bumps or protrusions” according to HTC. There’s Gorilla Glass on top and the 245 speaker grills have been “microdrilled,” another homage to their previous Android devices. 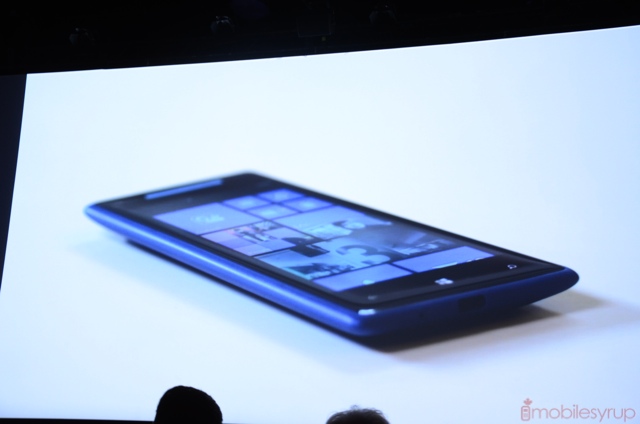 The 8X is without a microSD card for expansion, but comes with dual-channel 2.4Ghz/5Ghz WiFi, NFC and Bluetooth 2.1. Beats Audio will be on board, which is a first for Windows Phone. HTC has integrated an amplifier into both devices, improving sound quality from the integrated headphone jack and the speaker grill on the back.

Both the 8X and 8S will come in multiple colours, including bright yellows, reds and blues. 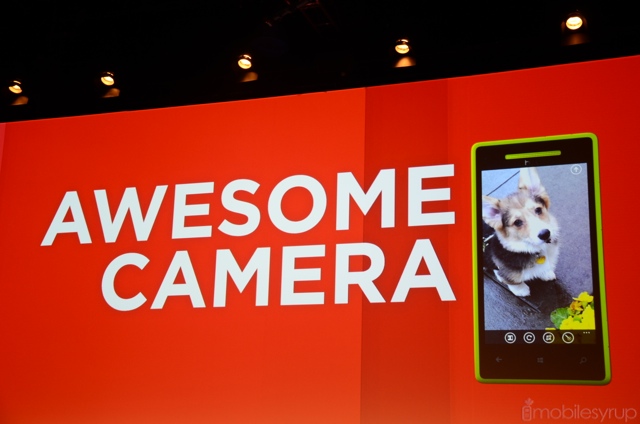 The 8S is more compact than its larger brother, and comes with a 1Ghz dual-core Qualcomm Snapdragon S4 MSM8627 processor. The 4-inch Super LCD display has a resolution of 800×480, similar to most first-generation Windows Phones.