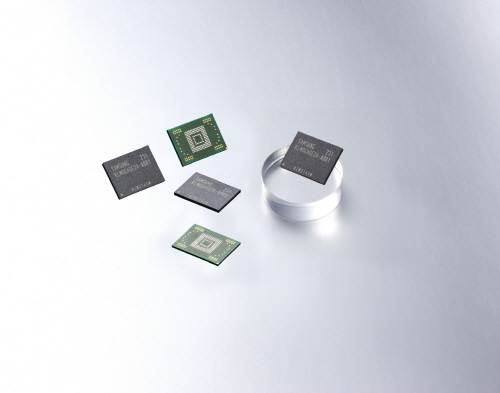 If you thought that 64GB wasn’t enough to satiate your mobile storage hunger, get ready for a new world of 128GB. Samsung announced recently at its Mobile Solution Forum that the company will begin production of ultra-fast 128GB eMMC chips for use in mobile devices such as smartphones and tablets.

Now let’s not get ahead of ourselves; 32GB of internal memory is currently considered plenty to most users, and 16GB has held fast as the standard for a couple generations now. With the launch of the iPhone 5 in identical 16/32/64GB models, the push for higher storage seems to be losing the cost/demand race. Many users have adopted a partial cloud- and streaming-based model for their media consumption, spurred by Netflix and Rdio, among others. Local storage is still heavily utilized for high-quality photos and video, but again, many users opt to upload them to services like Dropbox and Sugarsync for immediate backup.

Nevertheless, 128GB of internal memory is sure to be a less expensive proposition in a few years, and mobile devices will surely offer it as a premium option. This particular Samsung product uses a 20nm manufacturing process and adheres to JEDEC eMMC v4.5 specifications. Top speeds are 140MB/s read and 50MB/s write, equating to a significant jump compared to current speeds.

Expect to see these chips in ultrabooks and low-profile laptops before they hit tablets and smartphones.