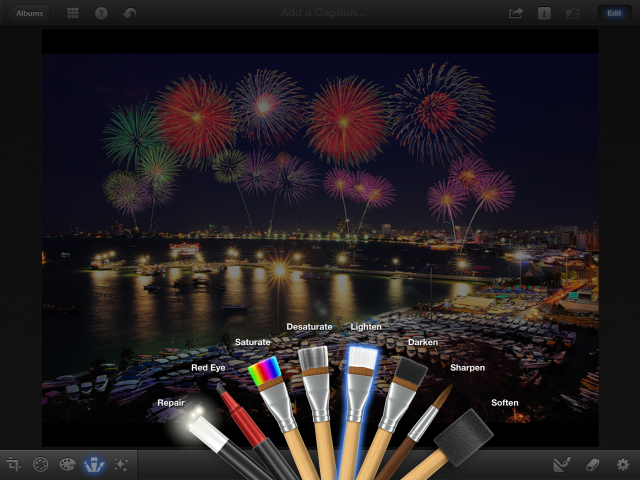 iPhoto for iOS (iPad and iPhone) has been used by more than one million users since March 7th. According to The Loop, The universal app reached that milestone in under 10 days, quite an impressive feat.

iPhoto comes standard with all OS X Lion installs these days, but can be downloaded for $4.99 from the iOS App Store. Despite the relatively high price, it seems that many users especially those with new iPads, are taking advantage of the excellent feature set along with the new Retina Display.

Apple is making the distinction between one million downloads and one million users, as it is a universal app and could have been downloaded by the same person on both iPhone and iPad.