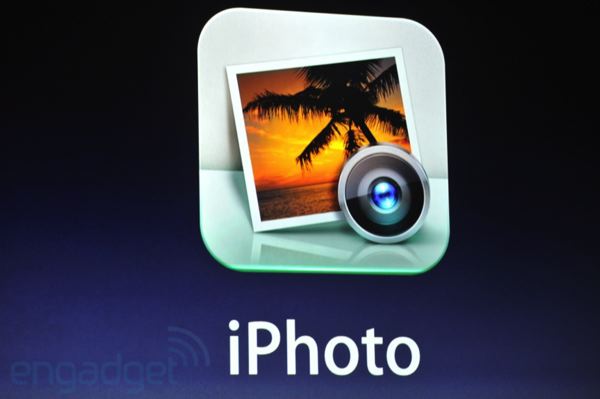 In addition to some awesome updates to iMovie, Garage Band and the iWork suite, Apple has announced the immediate available of iPhoto for iPad. Long a favourite for amateur photo editors everywhere, the new app will allow users to import photos from their Photo Stream or take new ones and edit them to their hearts’ content.

Incorporating a lot of unique gestures — something that will likely find its way to the OS X version eventually — iPhoto for iPad looks to be another nail in the coffin for the “it’s only a consumption device” argument against the iPad, or tablets in general. With Apple announcing that the iPad sold 15.4 million tablets last quarter, more than any other PC manufacturer sold of their own desktops and laptops, it’s clear that individuals and companies are utilizing the iPad as a creation device, too.

Like the desktop version, you can crop, straighten and auto-correct photos, but iPhoto for iPad incorporates bezel gestures like swiping from the left to show an entire album, and double-tapping a single photo to automatically find and contrast similar photos. You can import photos up to 19MP (either using the camera add-on or with Photo Stream), and adjust exposure, saturation, contrast, white balance, etc. very quickly. You can also share finished photos to Twitter, Facebook, Flickr, among others. The original image will be preserved, too, and you can make infinitely different iterations of a single photo, and only keep the ones you want.