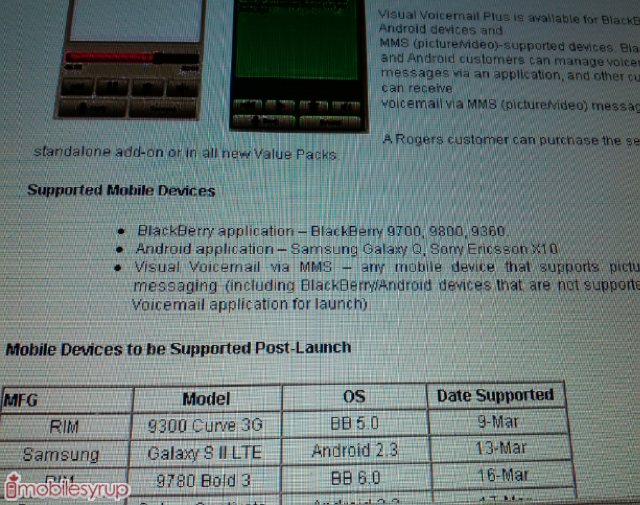 If you want to receive your voicemails in an audio file or text format, plus have one of the supported Android or BlackBerry devices, then you can now benefit from Visual Voicemail Plus. Both Rogers and Fido have made this available to their customers, it’s $9/month, or it’s included in various Value Packs add-on. Currently the only devices that VVP is available on are the following:

More here at Rogers and Fido
(Thanks tipster!)

Poll: Do you leave voicemail?