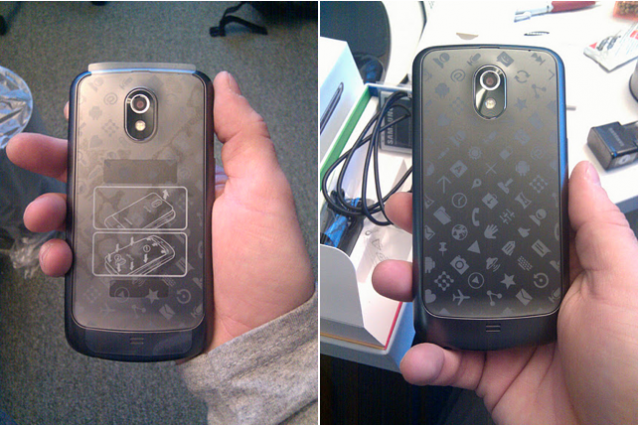 The Galaxy Nexus is available in several countries and by now you’ve seen all the pictures, videos and commercials. It’s a thin Android device that has a large display. In Canada our Galaxy Nexus differs from the States as ours has a clean backing with no carrier branding – Verizon has their logo with 4G LTE. However, a new Nexus backing has found its way into the hands of Google employees this holiday season. As you can see the backing has been outfitted with Google+ and Android icons… perhaps mass production of this back cover will find its way to eBay.