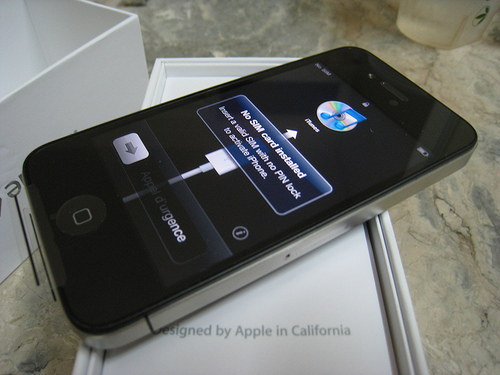 In a move that can only be described as “surreptitious,” Apple has silently released a second revision of iOS 5.0.1 that, among other things, fixes a nasty “No SIM card installed” bug on the iPhone 4S that some users experienced after upgrading.

While the issue only cropped up for a tiny number of users, that it existed at all is a concern. iOS 5.0.1 has been out already for over a month, and Apple likely didn’t want to release a 5.0.2 hotfix for the issue, so this second revision of 5.0.1 makes sense.

If you are experiencing the SIM card bug, Apple recommends backing up your device and reinstalling the latest version of 5.0.1. According to the updated support documents, here is the updated change log.

In certain situations, iPhone 4S may have difficulty recognizing a micro-SIM card, resulting in the following behaviors:

Let us know if you have any experience with the new revision, which can be downloaded directly from Apple. To overwrite an existing version of 5.0.1, merely hold down Shift (or Option on OS X) and press Restore in iTunes. This will wipe your data and restore your phone to factory settings.