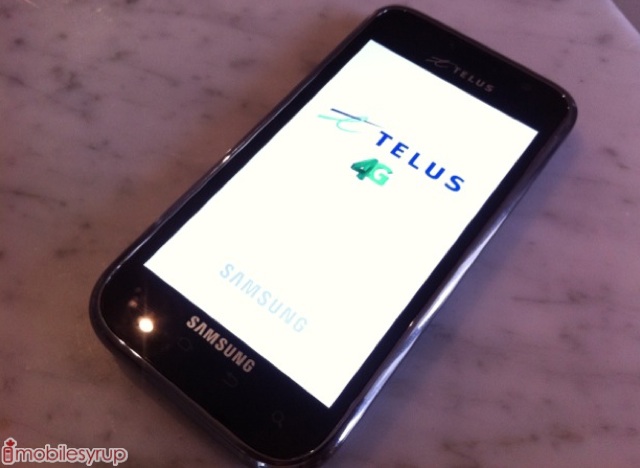 The TELUS Samsung Galaxy S Fascinate 4G is “Canada’s first 4G” device and we’ve confirmed this will be launching on May 12th. We are still waiting on pricing but got hold of the Android 2.2 device and will follow up with a full review.

Specs wise, the Fascinate 4G can reach peak download speeds of 21 Mbps (the Fascinate 3G topped up at 7.2 Mbps), OS 2.2 but will be upgraded to 2.3 Gingerbread sometime later this year, 4-inch Super AMOLED display, 1 GHz processor, a 5 megapixel camera that records 720p HD videos, VGA front-facing camera, GPS, Wi-Fi and can create a Wi-Fi hotspot, 1650mAh battery and weighs in at only 118 grams. Something that is different for TELUS since becoming a “4G” network is the boot-up animation on the device. On the Fascinate 4G is proudly shows the new 4G logo and this will mostly likely carry on to other devices.

We were given a quick overview of the Galaxy S Fascinate 4G when it was announced a couple months ago (video here). In addition, check out the quick video below that shows the new 4G device in action.