Video: Android activations over the past 15 months 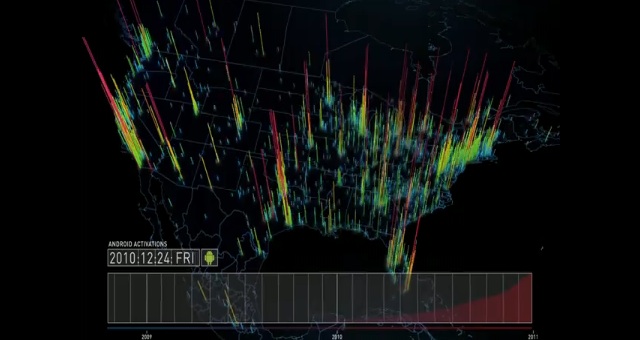 Here’s a cool video that Google just uploaded. This was from their Mobile World Congress keynote speech and shows the Android activations from October 2008 to January 2011. During that speech Google’s Eric Schmidt stated they are currently seeing 350,000 activations are happening per day across 27 manufacturers, 170 devices, 169 carriers in 69 countries. Still no specific Canadian number but a look at the North American map in the video shows how we are stacking up against the United States – basically only a minor blip in the growing Android domination. Check out the video below:

Tesla to ramp up production with ‘high-volume’ Semi truck factory

Renders show that Coca-Cola is working on a new phone