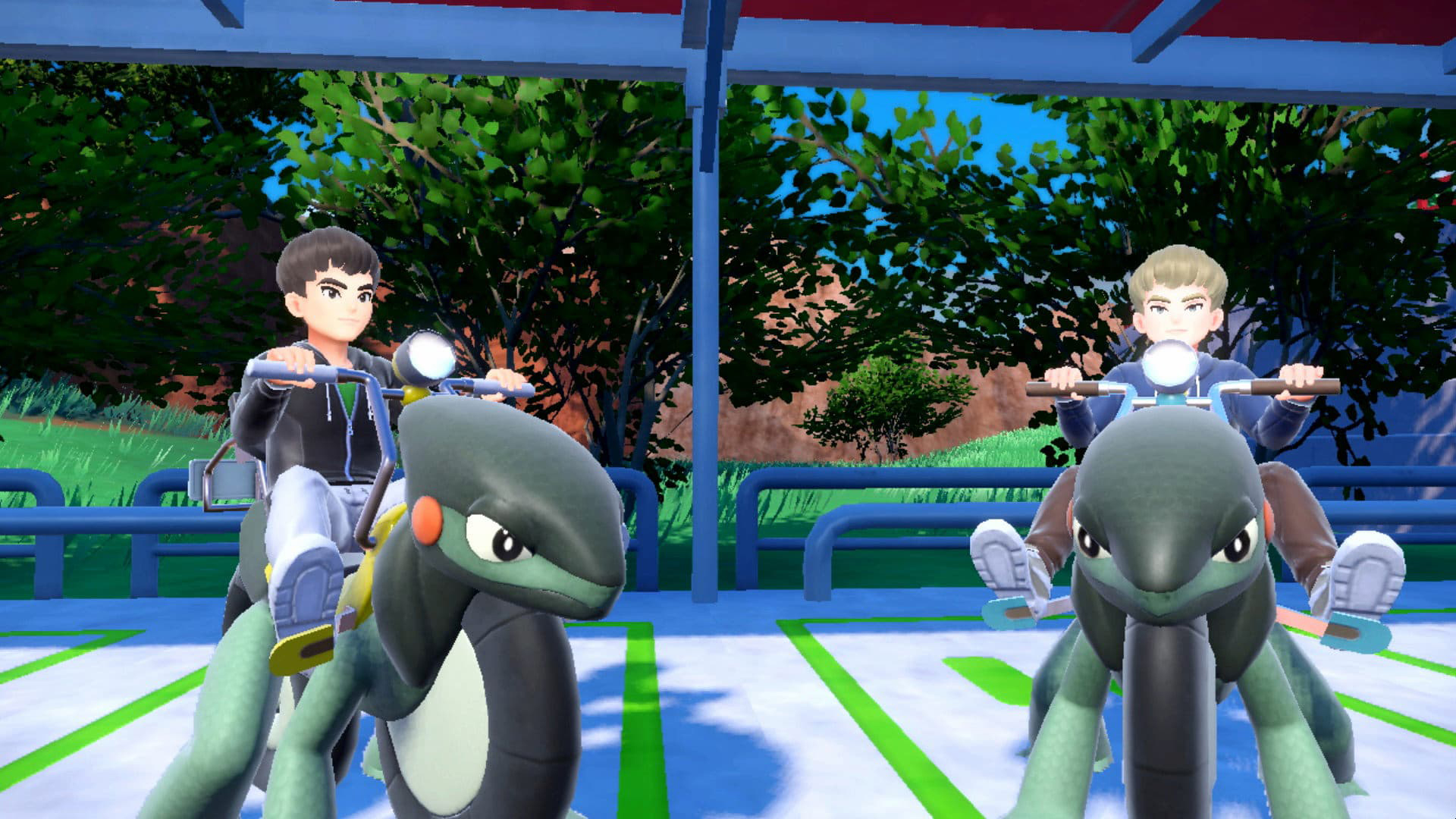 To coincide with the Pokémon World Championship, the Pokémon Company has released a new trailer for Pokémon Scarlet and Violet.

The new trailer focuses on the competitive aspect of the Pokémon game series and shows off a new Pocket Monster, Cyclizar. As the name sort of implies, Cyclizar is a lizard-looking Pokémon with bicycle-like elements. The Dragon/Normal-type is apparently ridden throughout the Paldean region by NPCs. It also resembles the Legendary Pokémon Koraidon and Miraidon that the player will be able to ride throughout the region.

Cyclizar also has a new move called ‘Shed Tail,’ which will be great for competitive play. The move creates a substitute Pokémon then switches out, protecting your original Pokémon with the substitute.

New items also include Covert Cloak, which protects the holder from the additional effects of moves, and Loaded Dice, which will make multi-hit moves more likely to land.

There were also further details about Terastalization and a new move called Tera Blast, which changes based on your Terastal type.