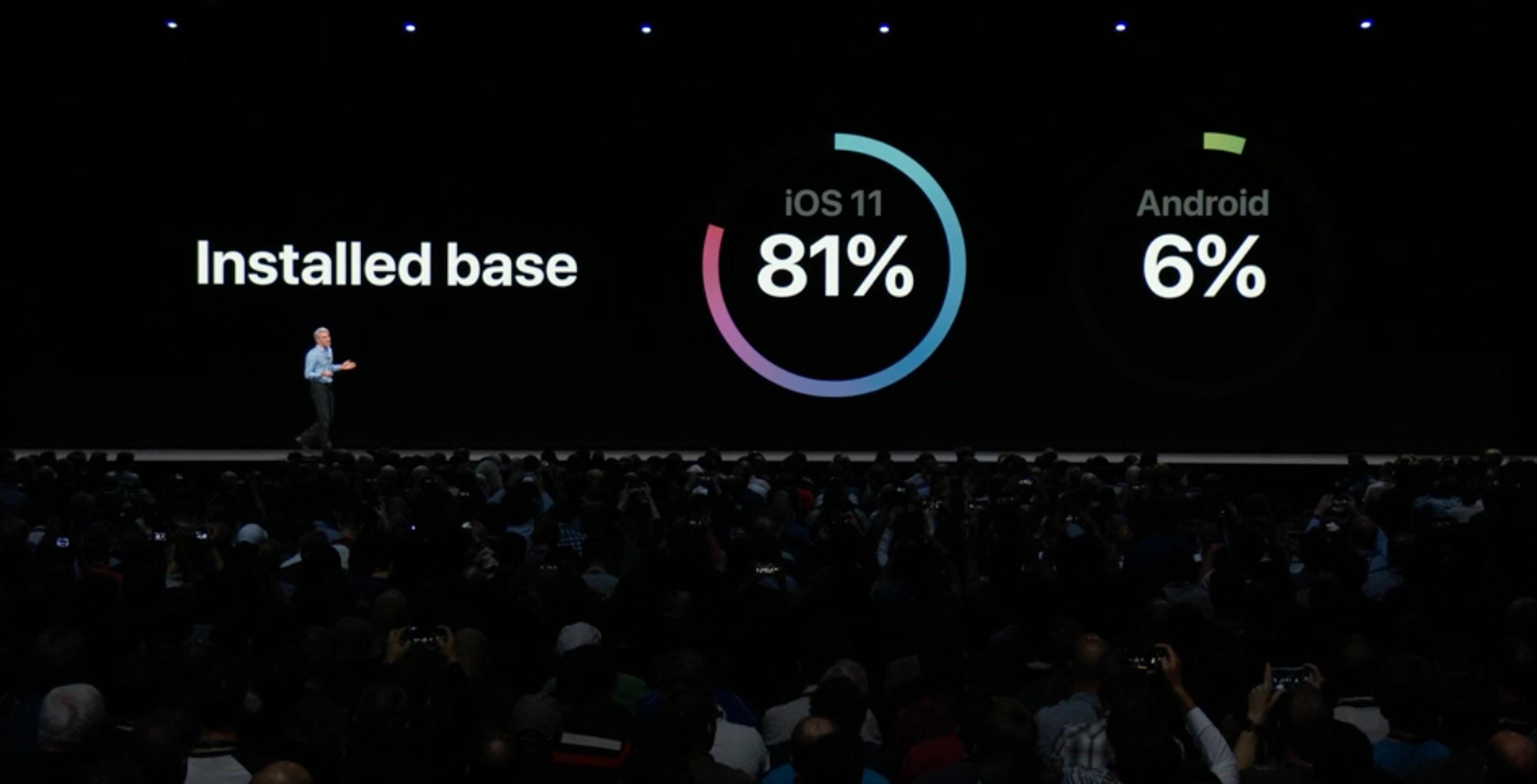 Apple today announced at WWDC 2018 that iOS 12, the next version of its mobile operating system, will be available on all the same devices that support iOS 11.

What’s more, according to Apple senior vice president of software engineering Craig Federighi, iOS 11 significantly improves performance on those older devices. On a smartphone like the iPhone 6 Plus — soon to turn four years old later this year — apps open twice as fast as they do on iOS 11.