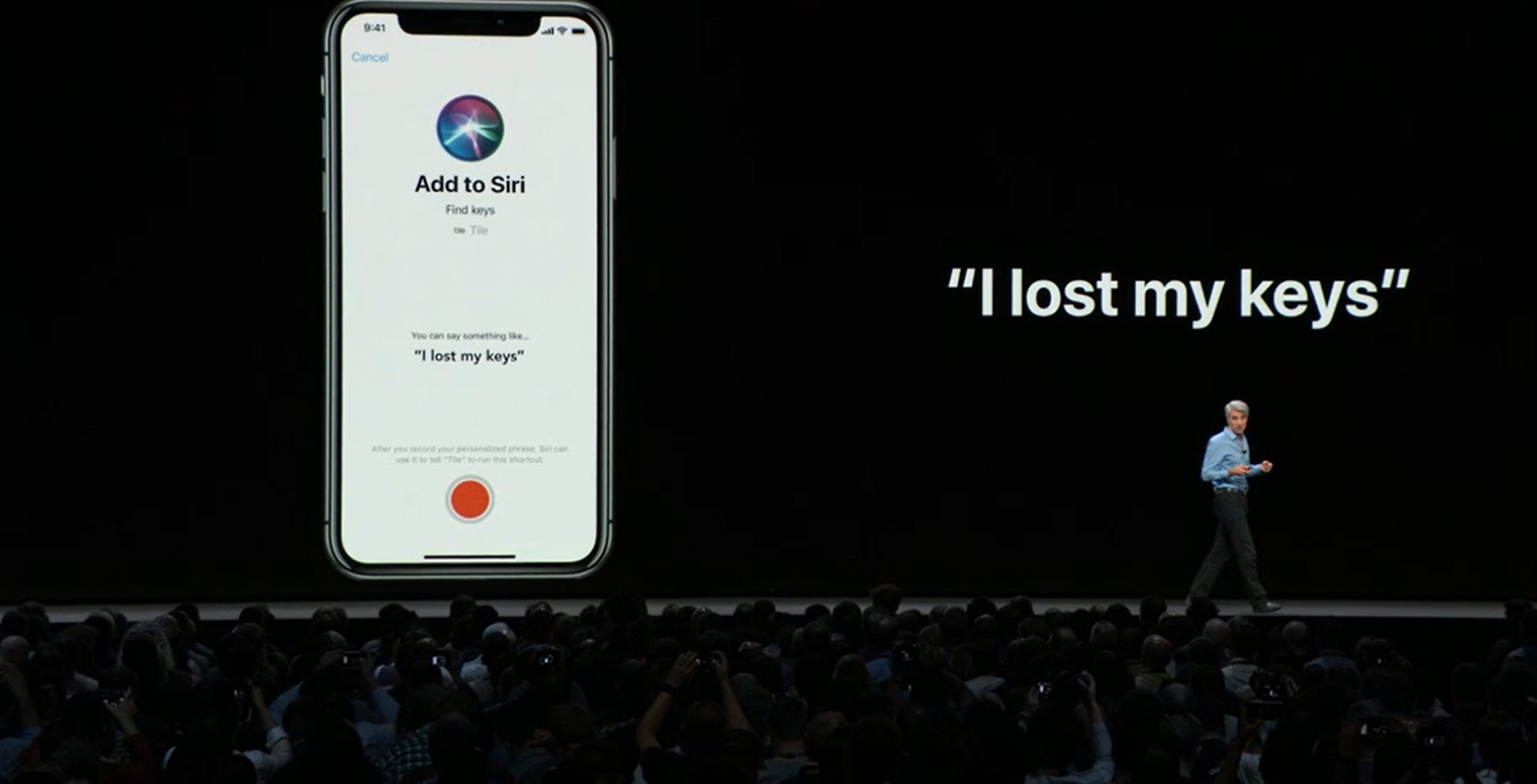 Through a feature dubbed ‘Shortcuts,’ users can now set their own app-specific Siri activation phrases.

For instance, users can set a command phrase to find their keys if they frequently use the Tile app.

Apple also announced that Siri will be able to make suggestions based on specific apps and locations.

For instance, Siri can suggest that users order a coffee from a local coffee shop.

According to Apple, Siri is the most-used digital assistant in the world, with roughly 10 billion Siri queries made every month.