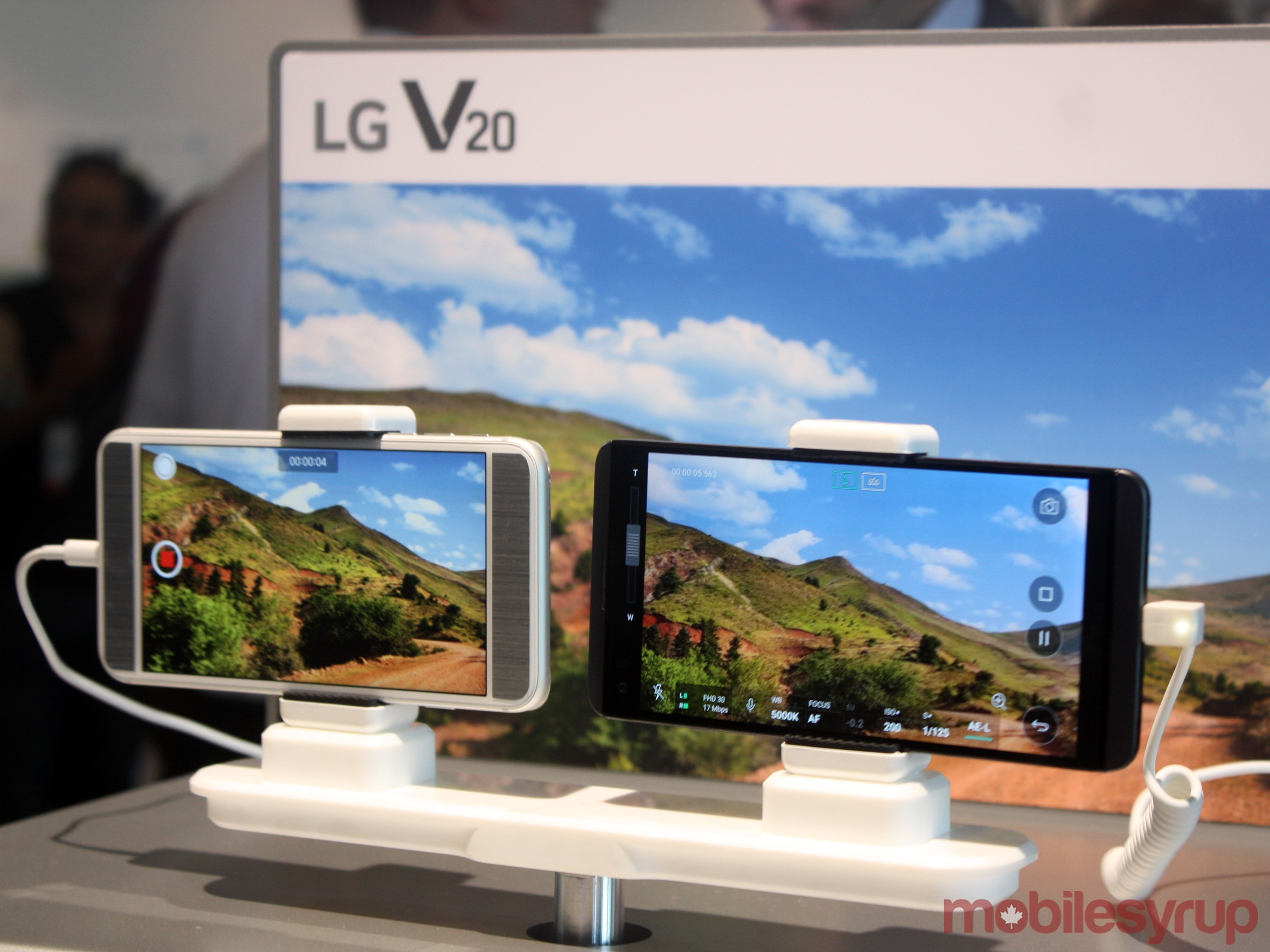 The Nougat-powered Android flagship features a main 5.7-inch display and a secondary ‘ticker’ screen dedicated to notifications. In addition, the smartphone features full metal body and a dual-camera shooter.

While the V10 didn’t make its way to Canada, LG says that the V20 is coming north of the U.S. border and that the phone will launch with several Canadian carrier partners.

LG notes the V20 will first launch in Korea this month, followed by a release in other regions, with an official Canadian availability announcement “in the weeks to come.”

At the phone’s unveiling press conference in San Francisco, LG stated that the V20 will be coming to T-Mobile, Sprint and Verizon in the United States in the company’s Q3 2016 fiscal year, but gave no indication of pricing.

The V20 will also be coming to Canada but LG has yet to reveal Canadian pricing, a release date or carrier partners.