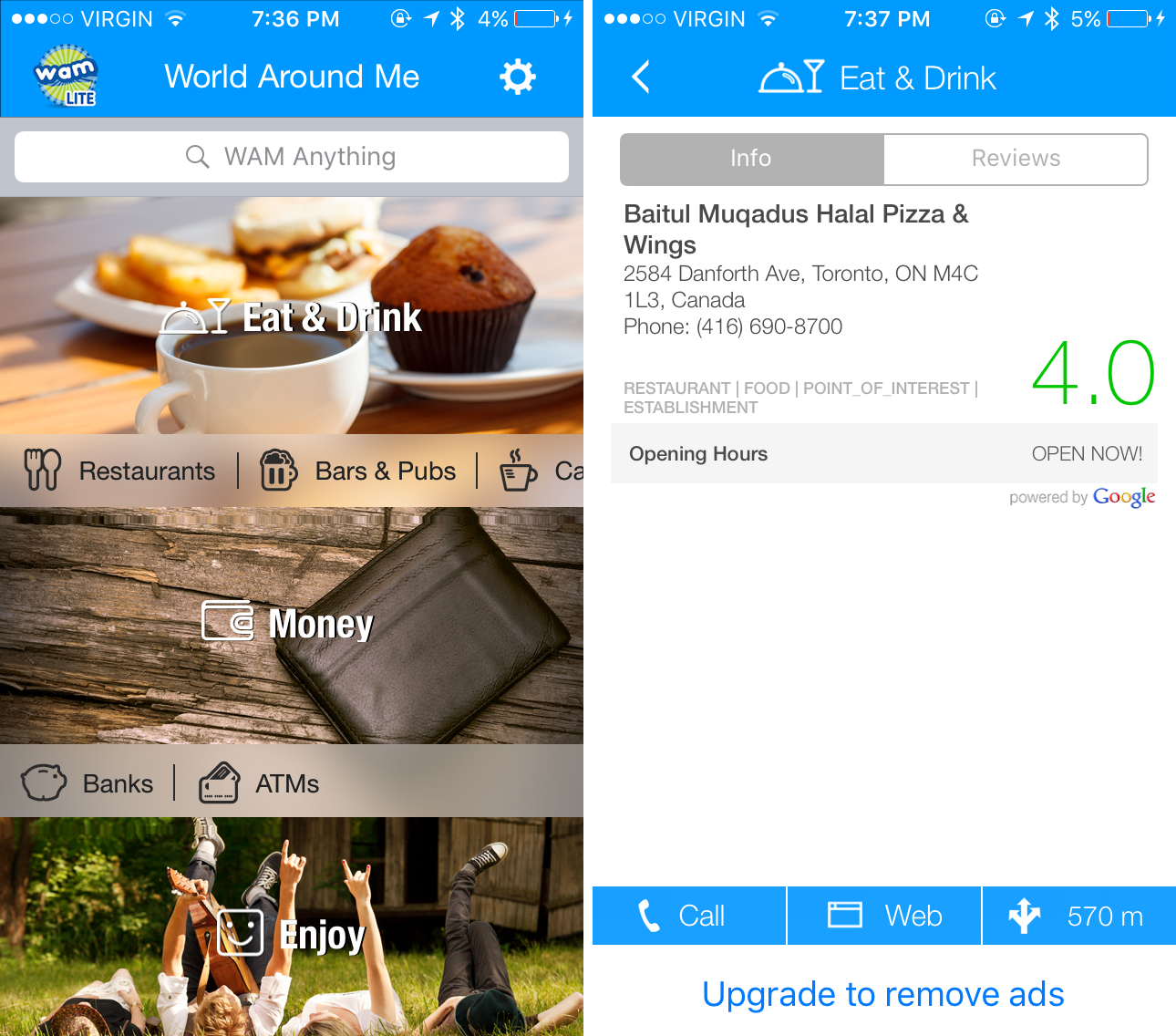 It’s easy to fall in to patterns. Travel to work every day on the same route, shop at the same grocery store, follow the same path for jogging. It can be hard to force yourself to look up from your feet and discover the great things that exist just outside your routine.

Wouldn’t it be nice if technology helped us do that? If, rather than making us more isolated from the real world, it helped us interact with it in a heightened, curious way?

To my mind, that is the promise of augmented reality.

Augmented reality (AR) devices and software layer digital enhancements over top of the real world, forcing you to study your surroundings in a way unlike anything humans have experienced before.

With that in mind, I thought the most prescient app choice this week would be in the AR category.

World Around Me (WAM) helps you navigate and discover your surroundings by identifying locations around you. For instance, if you’re looking for a nearby bar, you can open WAM and click on the section bars and pubs right under the ‘Eat & Drink’ category.

The app will then bring you to a camera mode screen with a compass-like GPS that shows locations in relation to where you stand. As you pan the camera around, virtual signposts pop up showing the locations of all bars around you within 1km (this distance can be adjusted).

Users can then jump in to the listings, which are powered by Google data, and see all the information that comes up with a Google search. Ratings, reviews, contact information, hours, etc. At the bottom of the page are three options. One will call the location, one will take you to its website and one will open up directly in to Google Maps.

When I first opened the app at my office in downtown Toronto, I wasn’t expecting to see many things that I didn’t know about. But I did. There were historical buildings, libraries and restaurants that I had never heard of before. It was exciting. It was exactly what I desire from AR, in one little app.