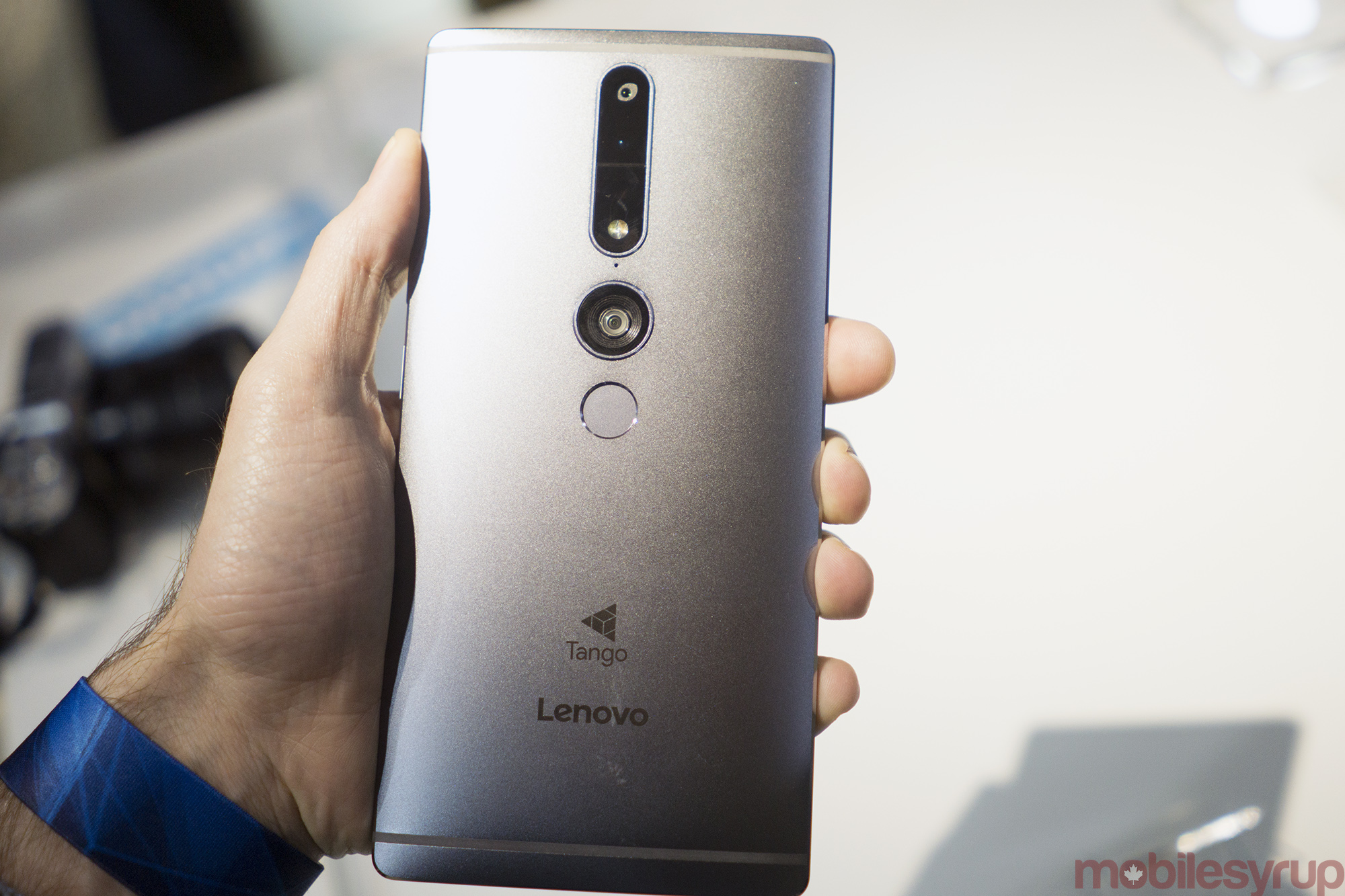 After countless teases, and more than a few leaks in the interim, Google and Lenovo have announced the Phab 2 Pro, the world’s first consumer Tango smartphone.

Cumbersome name aside, the Phab 2 is an impressive smartphone, both in terms of internal specifications and mere physical presence.

At 6.4 inches, this is a massive device, much bigger than almost any Android or iOS smartphone I’ve held in the past.

Moreover, inside of the Phab 2 Pro is an impressive collection of internal components, including a Snapdragon 820 processor, 4GB of RAM, 64GB of expandable storage, four cameras (more on them later), 4,050mAh battery (allowing for four hours of continuous Tango use), fingerprint sensor and dual SIM slots. It’s also the first smartphone to feature Dolby’s 5.1 audio capture technology. 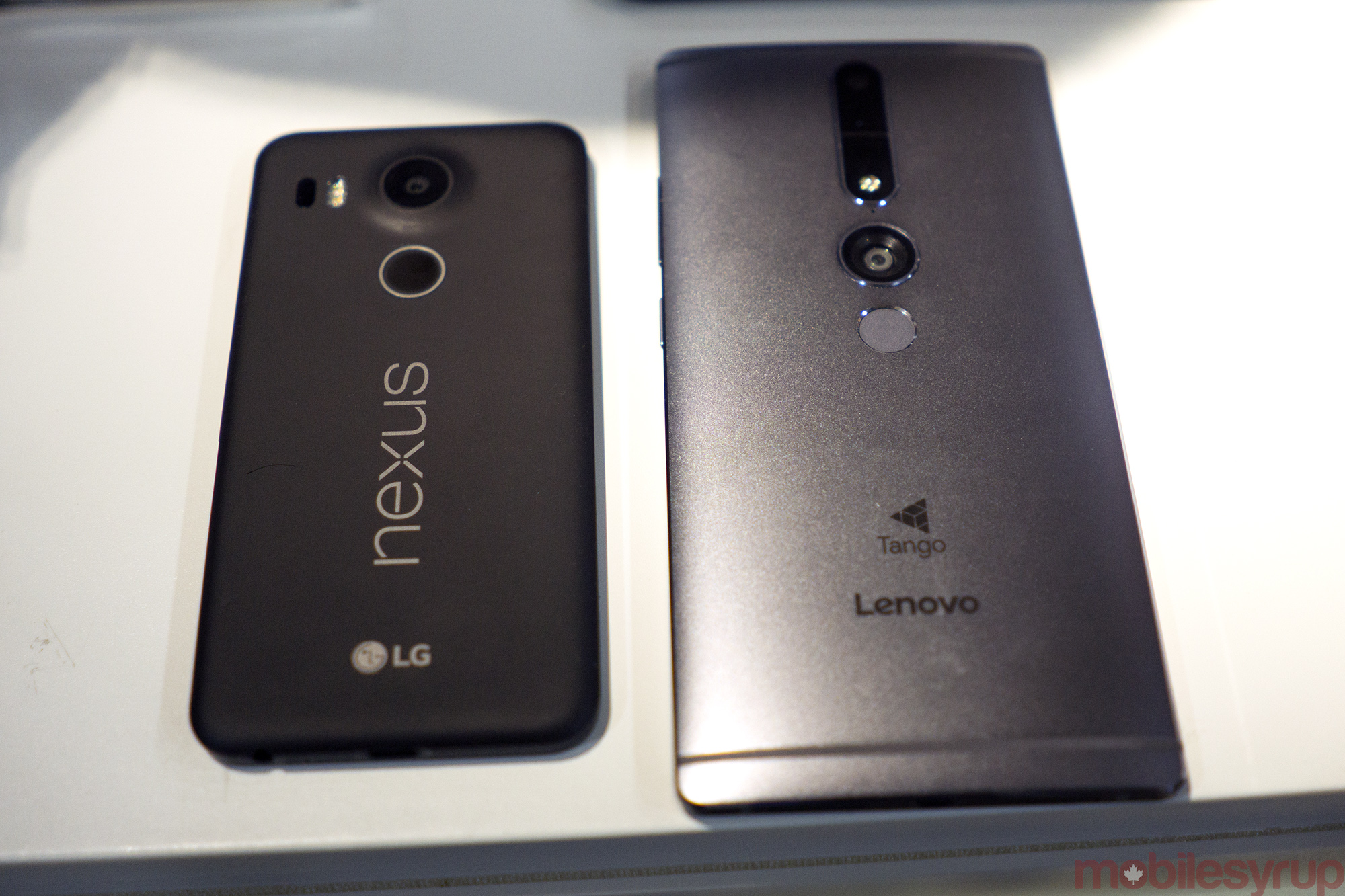 What’s more, Google and Lenovo plan to sell this smartphone unlocked for $499 in the U.S., an aggressive price, to say the least.

We’ll have to see to how much it ends up costing in Canada, but even if the Phab 2 Pro arrives here at $200 to $250 more than it’s priced at in the U.S., the Phab 2 Pro will be an impressively specced phone at a competitive price. 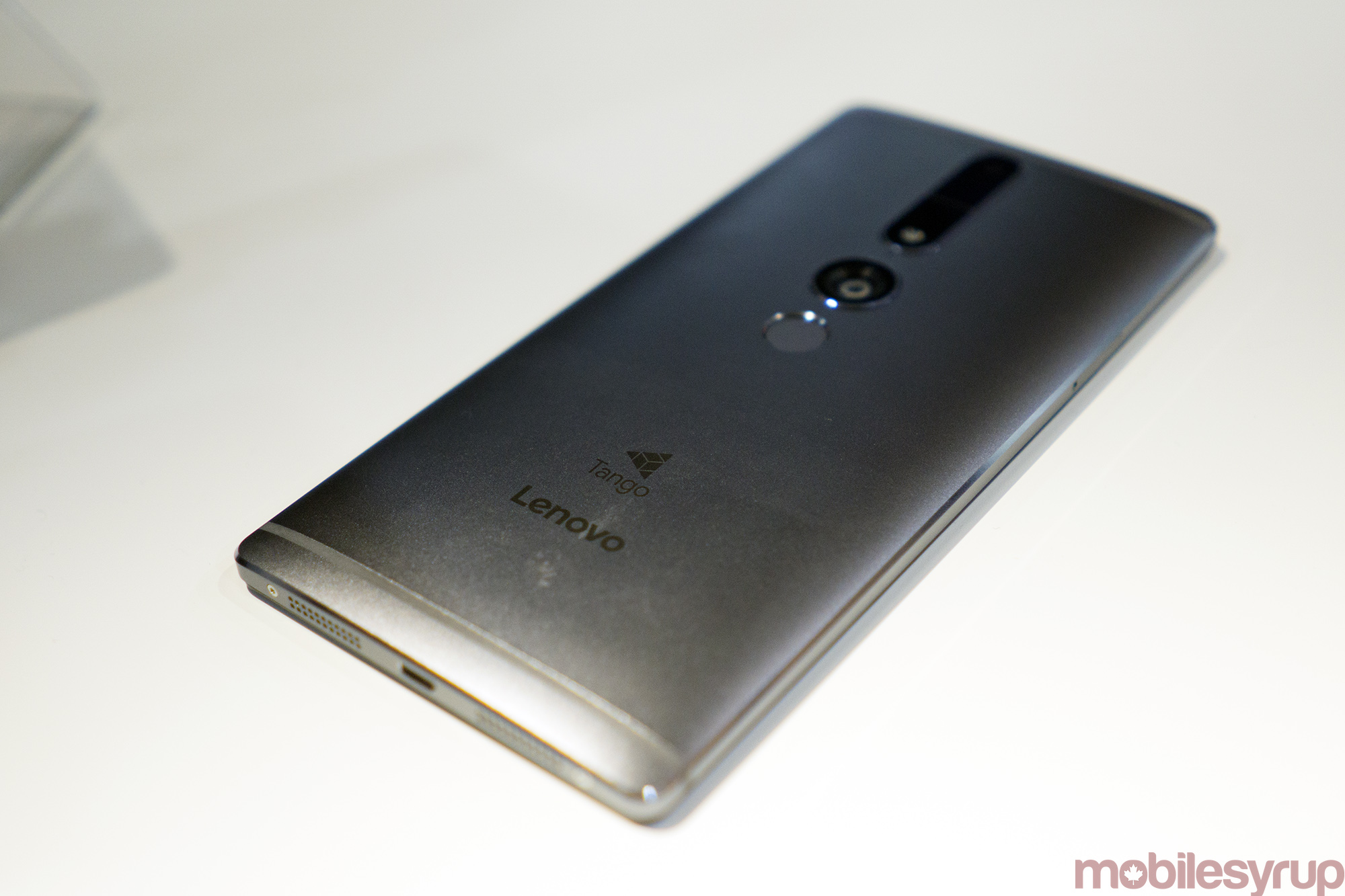 Of course, the more important story behind the Phab 2 Pro is the software that takes advantage of the three cameras on it rear.

Besides a standard 16 megapixel camera, the Phab 2 Pro has two more cameras capable of tracking motion and measuring depth. Together they allow the Phab 2 Pro to act as an augmented reality tool. 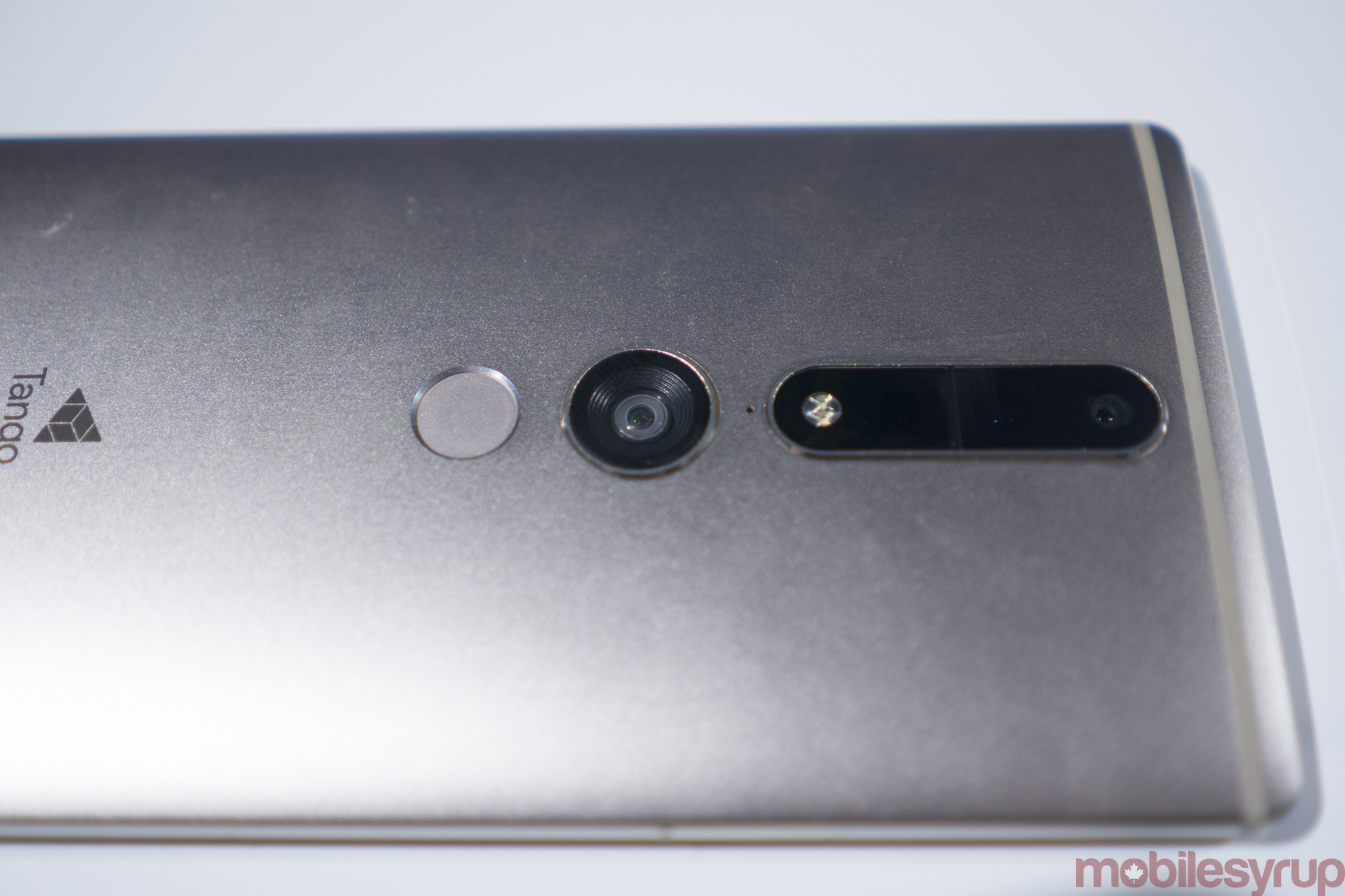 Even in their current state, the apps Google showed off today were impressive. One of the experiences, developed by the National Museum of American History, allows the user to compare and contrast the size of various prehistoric dinosaurs.

Placing a T-Rex down, for instance, the user can adjust the scale of the dinosaur to get a sense of how large it was when it roamed the earth. At 100 percent scale, even the Phab 2 Pro’s large QHD display can’t contain the creature. 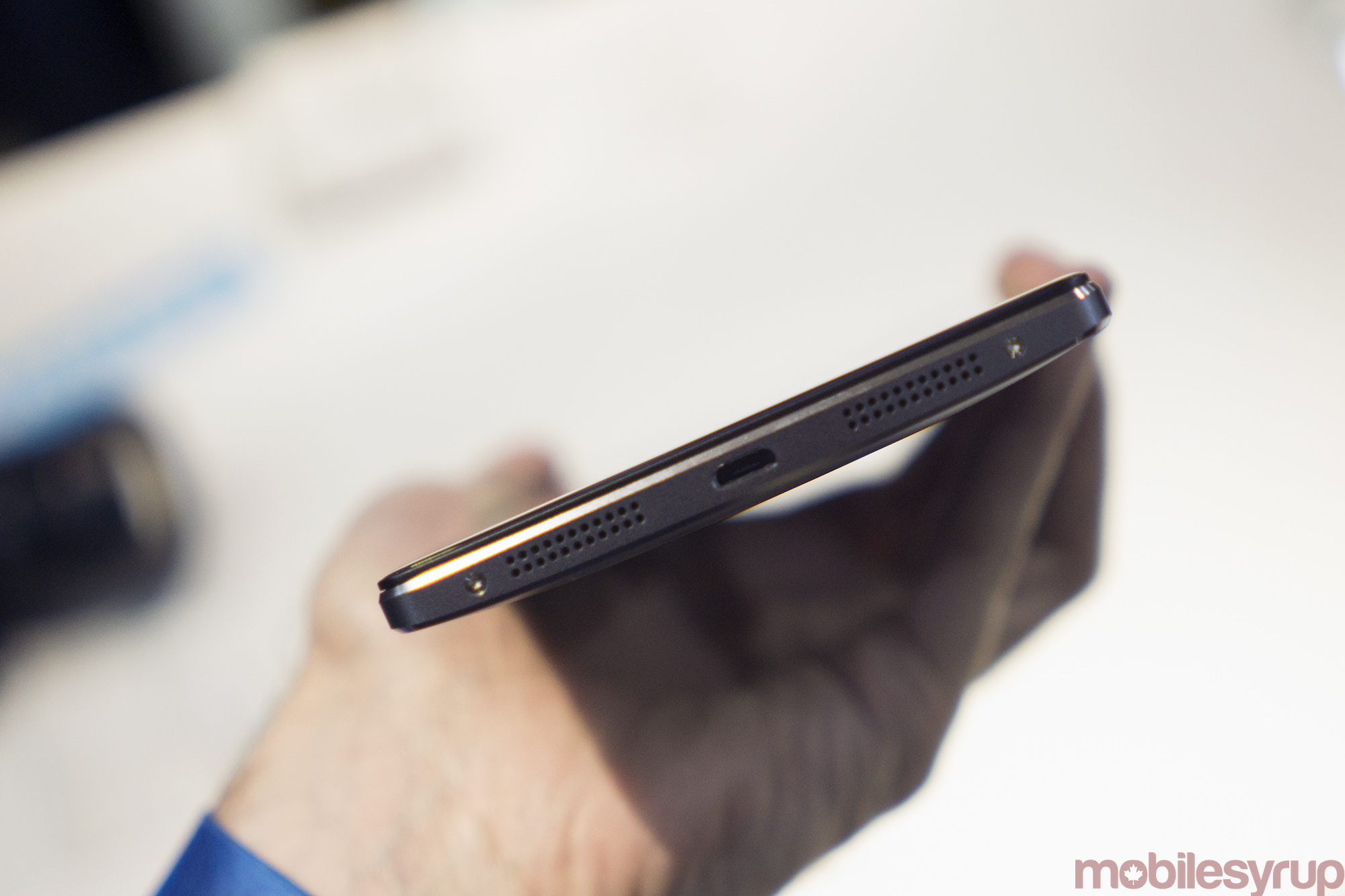 It also seems like a small thing, but the fact Google has positioned the smartphone as the way to take advantage of its augmented reality technology, is a major step towards making the tech more useful and compelling to the average consumer.

Unlike an augmented reality headset like Microsoft’s HoloLens, the Phab 2 Pro and every subsequent Tango handset that comes after will allow a person to control Tango games and apps like all the smartphone apps that’ve used first the past decade — there’s no need to use phantom air clicks or one’s voice to control this device. 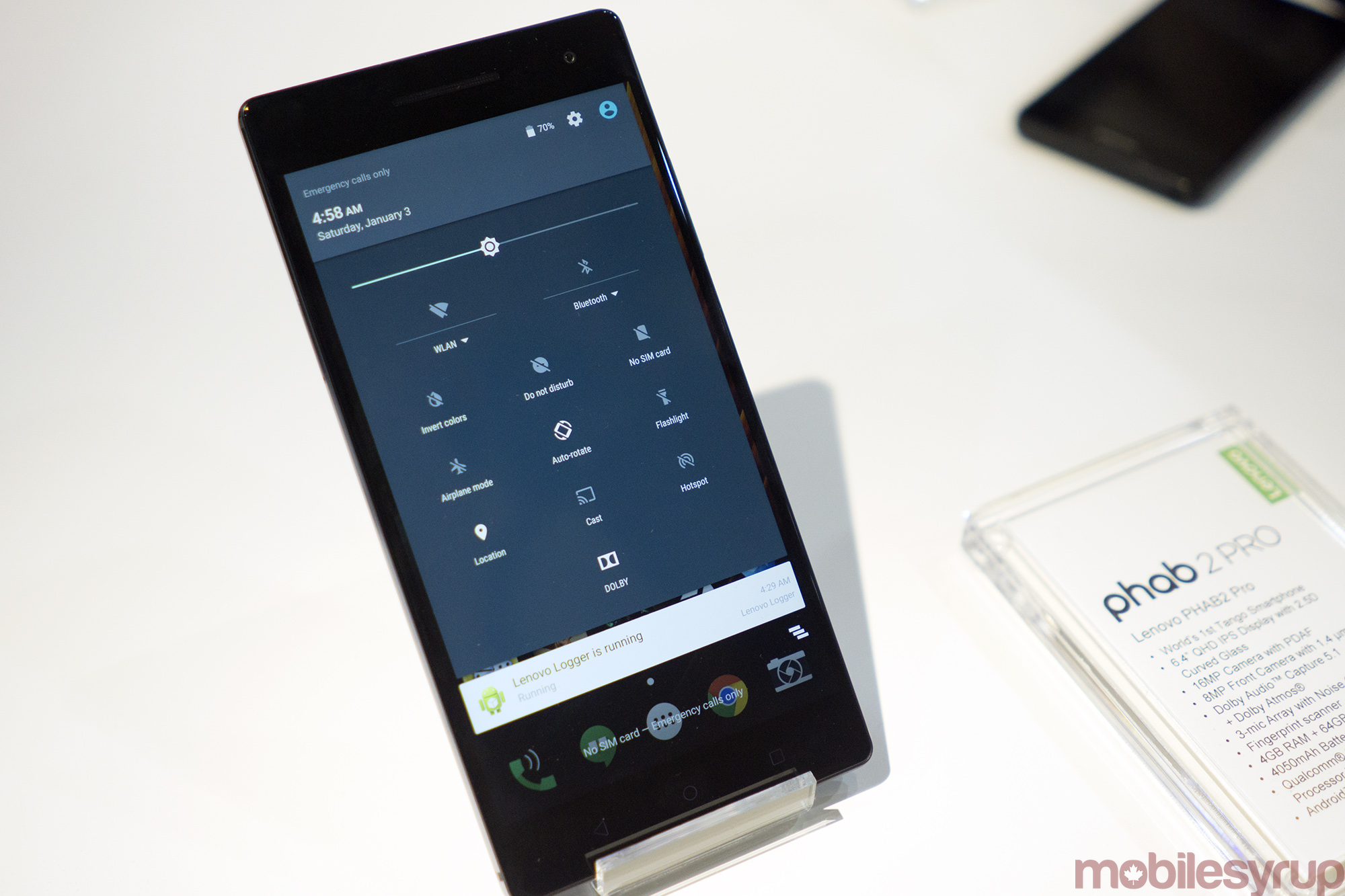 For the time being, it’s hard to see the Phab 2 Pro, and by extension Tango-equipped smartphones, finding mainstream success. In a media only session, the team that built the device admitted it was a major challenge to get the Tango’s camera stack in a device even as small as the Phab 2 Pro.

The two companies had to engineer a special PCB to make the phone thin enough, and making the phone smaller would have resulted in a device with a lower capacity battery, which would have significantly reduced device uptime while using Tango. 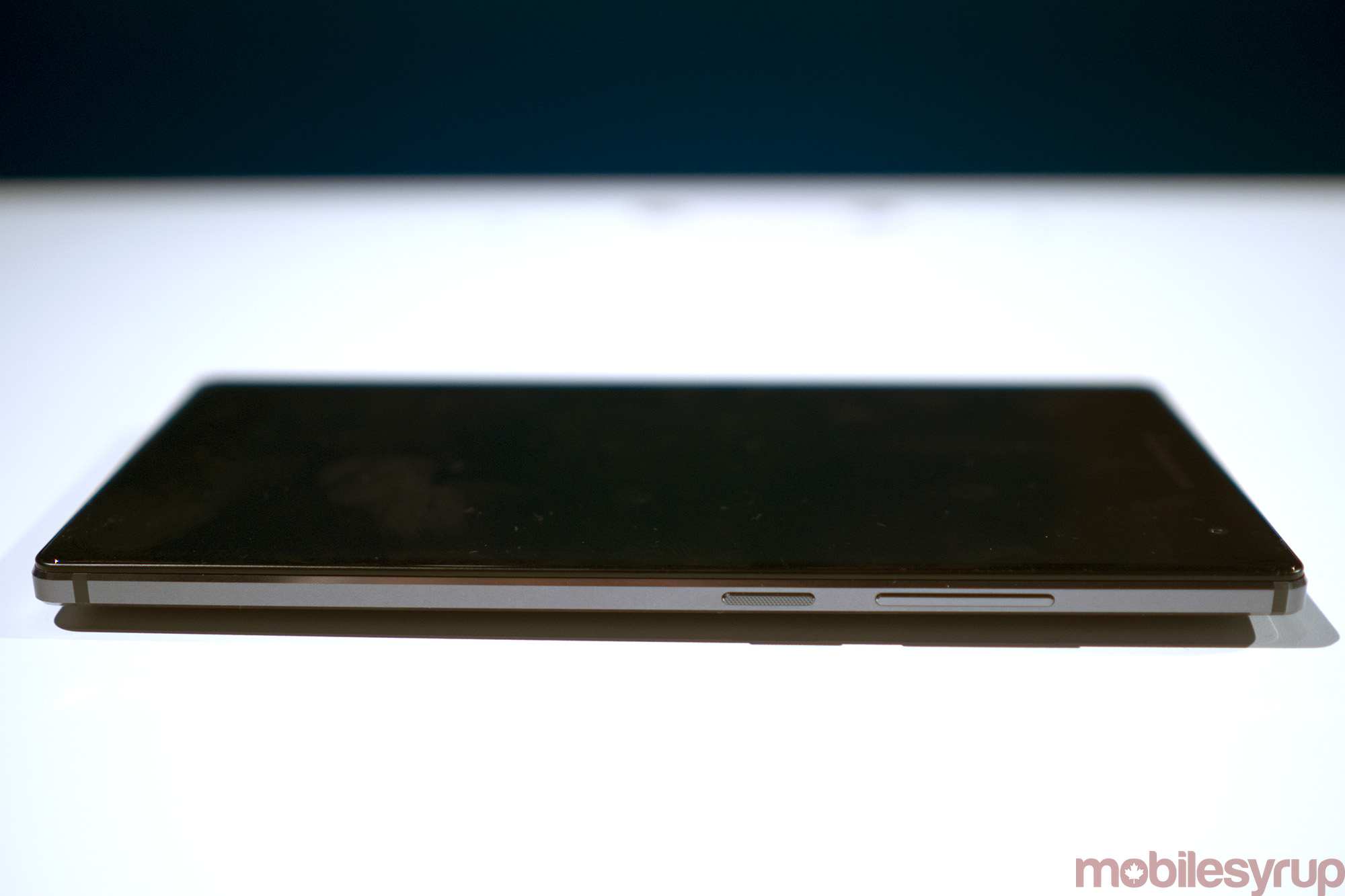 When and if it comes to Canada, the Phab 2 Pro will be available in gunmetal grey and gold.