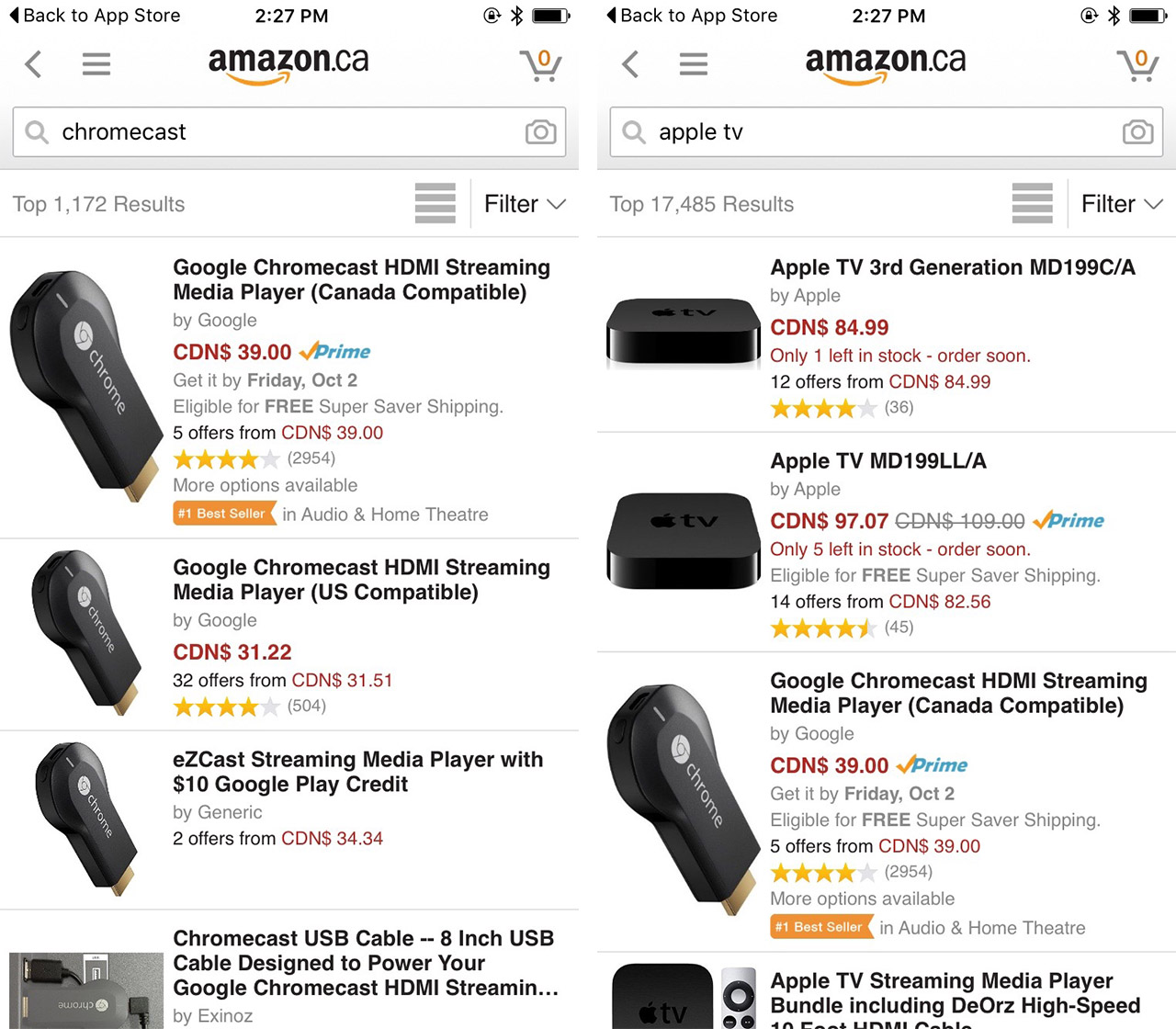 Amazon has found a genius way to lower its competitors sales numbers – stop listing all Apple TV and Google Chromecast products in its online store.

The Seattle-based online retailer recently sent an email to its marketplace sellers stating that it will halt the sale of Apple TV and Google’s Chromecast. No new listings will be allowed and postings related to existing inventory will disappear on October 29.

In its email addressed to retailers, Amazon says, “Over the last three years, Prime Video has become an important part of Prime. It’s important that the streaming media players we sell interact well with Prime Video in order to avoid customer confusion.”

According to Amazon, installing Amazon Prime Video, which isn’t actually available in Canada, is apparently difficult to download on Google’s Chromecast as well as Apple TV, prompting the company to remove both devices from its store. A more likely scenario is Amazon simply doesn’t want to sell its competitors products and would rather promote its own Amazon Fire TV set-top streaming box via the companies online retail channels.

Other streaming products like Roku’s various devices (the company holds a smaller marketshare than Google’s Chromecast and the Apple TV), Microsoft’s Xbox One and Sony’s PlayStation 4, which all feature Amazon’s Prime Video streaming platform, will continue to be sold on Amazon.com.