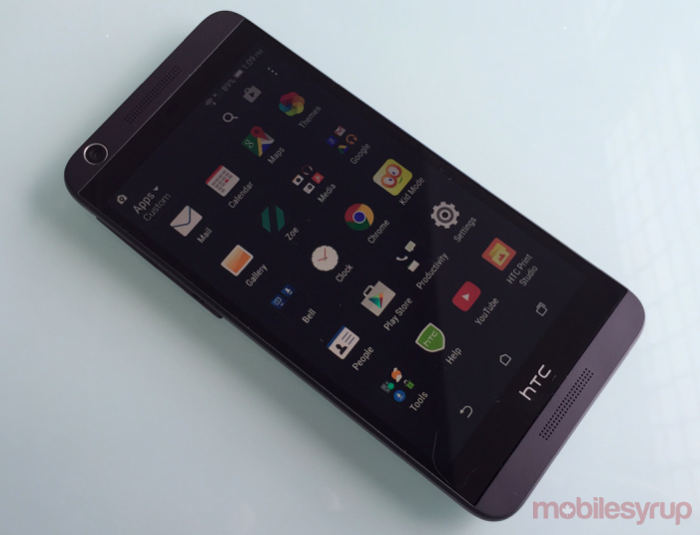 This is yet another affordable entry-level Android smartphone that features a 5-inch 1280 x 720 pixel display, a 1.1GHz quad-core processor, 1.5GB of RAM, 8GB of internal storage (expandable via a microSD slot), an 8 megapixel rear sensor capable of 720p video capture, a 2MP front-facing camera, a 2,000mAh battery. The Desire 626s runs Android 5.1 Lollipop with HTC’s Sense 7 skin on top.

As for prices, Bell and Virgin are selling the smartphone for $199.99 no-term or $0 on a 2-year term. Competing rival carriers Videotron and Wind are selling the device at the same $0 contract price point, but buying it without a contract will set one back $229 and $249, respectively.