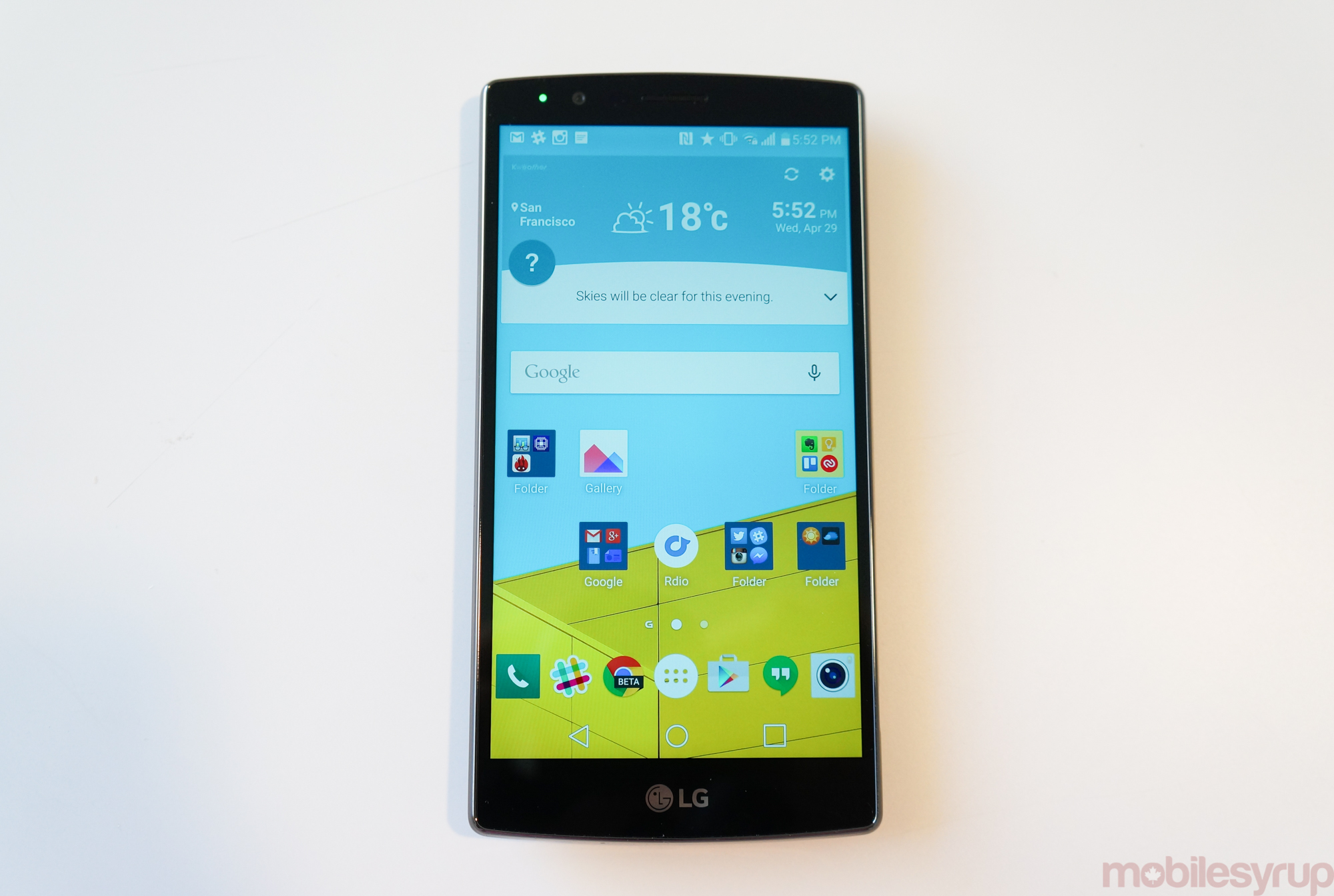 When LG announced the G4 earlier this month, it confirmed that the device would arrive in Canada sometime in June.

Well, apart from 35 lucky Canadians scoring a G4 to test for a month, Wind Mobile’s Twitter account revealed today the device will launch on June 19th.

There is still no indication of the contract price, but the terms and conditions in the #TryLGG4 campaign suggests the G4 has a retail value of $699.99.

In addition to Wind, the G4 will be available at Bell, Rogers, Telus, and Vidéotron in ceramic “metallic grey” version and the “black” genuine leather variants.