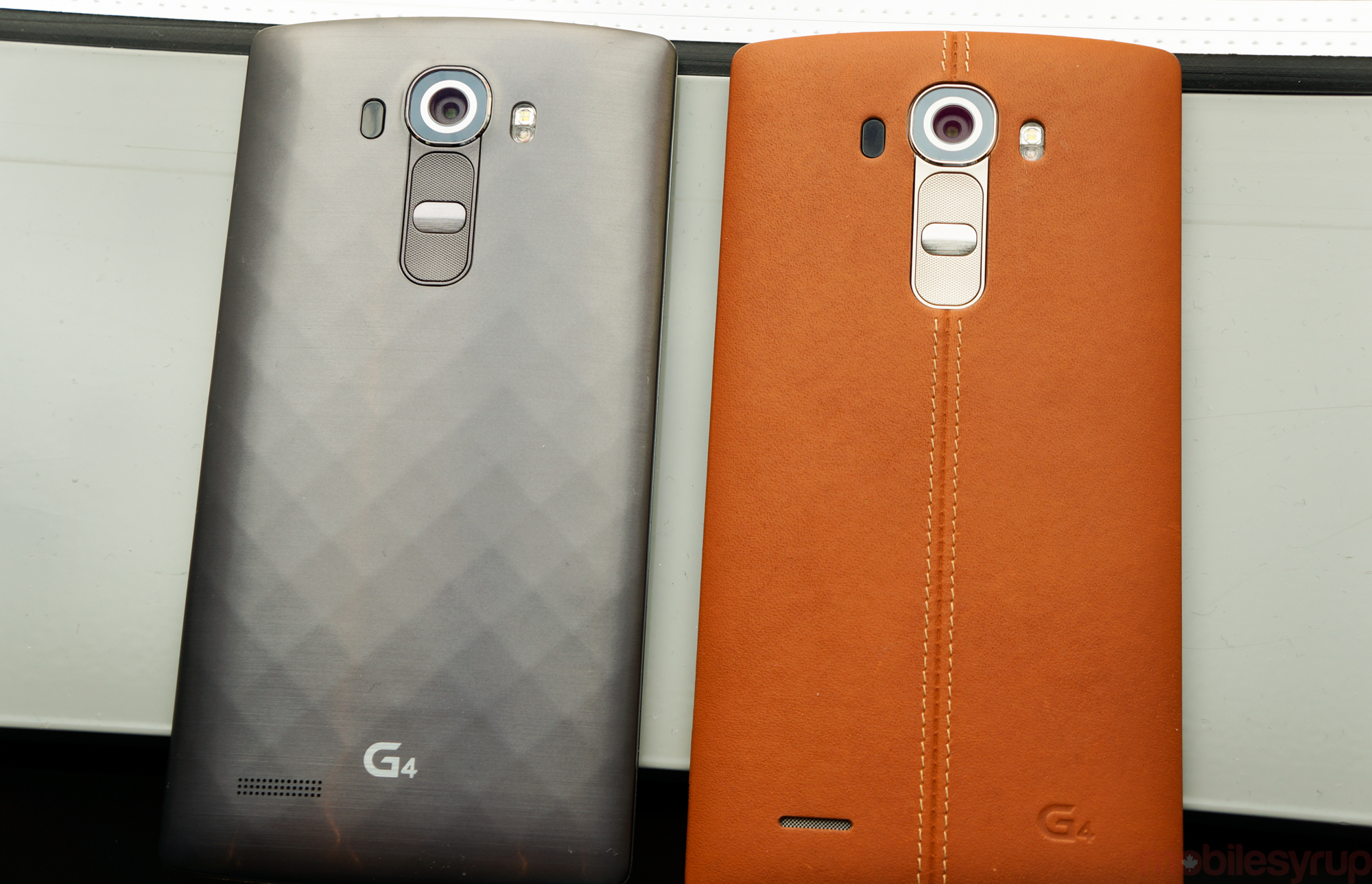 Thirty five Canadians will get the chance to demo the LG G4 for the month of June and, if they play their cards right, an opportunity to receive a brand new one.

Part of the company’s #TryLGG4 campaign, a grassroots effort to drum up support for the upcoming flagship, Canadians can enter the contest by answering a simple question: “Tell us why you want to be in the LG G4 tester group.” An uninteresting question to try a very interesting device, but it is the requirement nonetheless.

From today until May 24th, users can enter at trylgg4.ca and, if successful, receive confirmation on the 26th. The test period, June 1st to the 30th, will entail having to complete four weekly “missions,” proof of which will be obtained with the phone’s 16MP camera. 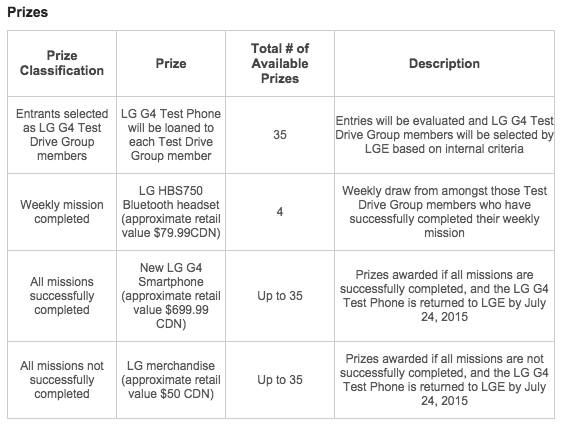 “Up to 35” brand new LG G4s will be given to participants that complete the missions, while random “LG merchandise” will be for those too lazy to do so. Random mission completists will also receive an $80 pair of LG HBS750 Bluetooth headphones, which I’ve tried and really like. Seriously, they’re great.

Finally, the contest’s terms and conditions note the G4’s retail value of $699.99, which is right in line with other devices like the HTC One M9 and Samsung Galaxy S6.

It’s unclear whether the contest winners will receive a G4 with a leather back, but we’re holding out hope.