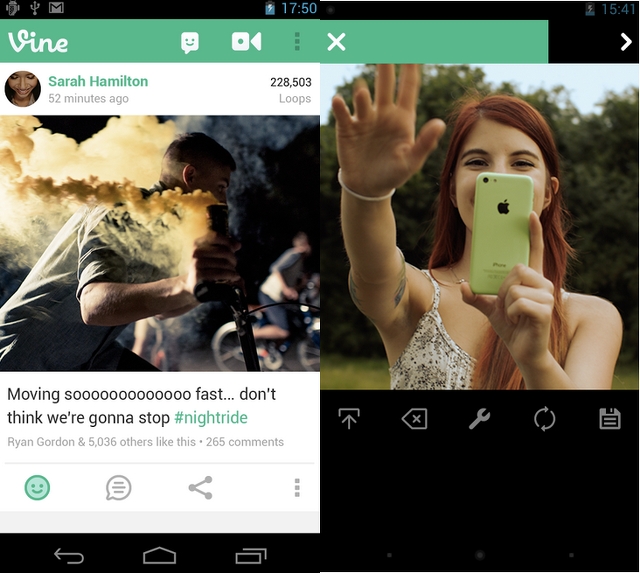 When Twitter brought an advanced editor and support for imported videos to Vine for iOS back in August, they promised that an Android update with those features was on its way. Today, that update arrived, bringing the two platforms to feature parity.

The most important feature is the ability to access videos from the device’s camera roll in addition to just those taken via Vine, essentially matching one of Instagram’s most compelling video features. However, the new editor shouldn’t be overlooked, as it adds new preview and undo modes, as well as improved video capture with low-light shooting support.

The Vine for Android update can be download from the Google Play Store today at the source link below.