MERCEDES AMG PETRONAS talks IT, MDM, and BlackBerry at the Canadian Grand Prix 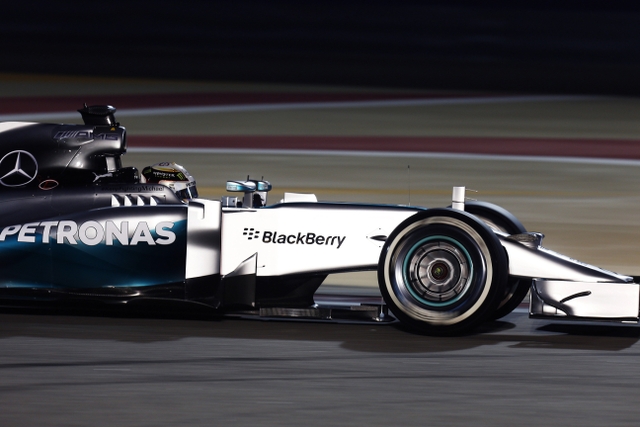 Enterprise mobile usage can be a bit of a black box. Most software providers talk about their enterprise solutions in broad terms of uptime, synergies, and security: banks use them to make more money; governments use them to spend our money, etc. Everyone is quite sure the services they employ are important to their business, but few are willing to say how.

But what if your business is hurtling a precision racing machine around a track at 300km/hr? As the Canadian Grand Prix descended on Montreal this past weekend, we spent some time with Matt Harris, IT Director for MERCEDES AMG PETRONAS about having sponsor BlackBerry as its MDM (Mobile Device Management) provider, the technical challenges that are his job to solve, and how they can all change on race day.

MobileSyrup: First, a bit of background information. How big is the team you direct and how many employees are you responsible for?

Matt Harris: It’s 600+ staff in total, and there’s 22 of us in IT at the moment, of which one person looks after BlackBerry for us. And basically they’re managing a fleet of maybe 200 BlackBerry phones and 100 or so PlayBooks. There’s about 20 other devices, that might be iPads or some other personal handsets.

MS: Were the majority of those devices deployed? What the relationship between deployment and BYOD at MERCEDES AMG PETRONAS?

MH: So the 200 handsets and PlayBooks were pushed out from the business. The iPads are personal devices. The other non-BlackBerry handsets are personal handsets on personal contracts, so that is very much BYOD on those for email access, generally.

MS: As an IT director, I’m wondering what you keeps you up at night or what your primary focus or concern is to make sure your job is getting done. How do you approach that job?

MH: The business is always looking for ways to improve and further refine what we’re doing, improve processes. Everything here – it doesn’t matter if it’s directly car or indirectly car – is about doing it quicker, faster, better. Cheaper is a factor, but if it goes quicker or better, cheaper isn’t the main response.

“We use BlackBerry’s Premier support… Without that, we would be stuck.”

MS: Bringing it to BB10 and BES 10 specifically, was there one feature that lead you to deploy it over other MDM (Mobile Device Management) solutions?

MH: If I was to put one killer feature, it would be the ease of managing one device, one setup. I know that we can have multiple micro-configurations, but we’ve got one rule base that we deploy to everybody. At that point, we know what every handset can and can’t do, everybody knows how to use it – it’s the same across the board whether they’ve got Z10s, Q10s or Z30s. We don’t have to worry if a device is broken or damaged, we know that we can get another one out of the box and get them up and running very quickly. So it’s taken the headache away.

We were BlackBerry users beforehand before BES10, so we had a mixture of handsets – Curves, Bolds, etc. So moving across to BES10 was a big step for us because simplicity and ease of management is good for us.

Another feature is is the support level we’re getting from BlackBerry. Without that, we would be stuck. It’s one feature that’s been missing generally when I read anything about them as it doesn’t really get spoken about, and that element has been awesome for us. 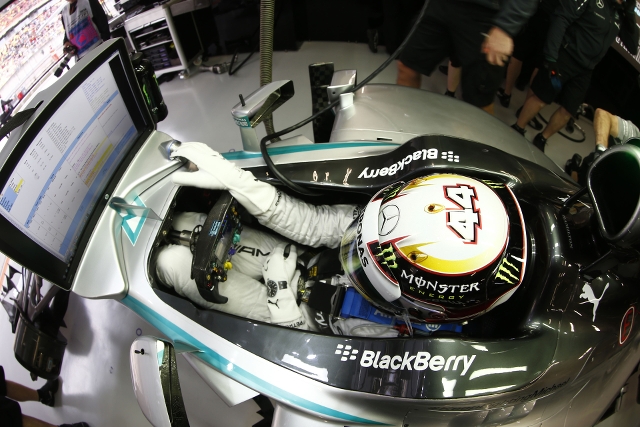 MS: Can you breakdown what that support entails?

MH: So we use BlackBerry’s Premier support. One example of how we work with this is in the middle of last year we did an Exchange upgrade. In the normal world, doing an Exchange upgrade is not a massively complicated thing, but as soon as you bring in MDM, things take on another level of complexity and difficulty.

We told BlackBerry what we were going from and to, and they told us what the migration path was, what service packs we had to be on, how we would migrate, the BES servers and everything. They actually ratified it for us and said, ‘here you go, there’s your plan.’ When we got to particular issues or snags, they were instantly on the phone helping us out, doing screen shares.

We’re also part of the early adopter program for beta testing, and they were actually onsite with specialists assisting us with the installation of early adopter versions – whether it’s a service pack or BES12, which we’ve got onsite at the moment.

MS: So what’s your process for evaluating an MDM solution, particularly when you were already using I’m assuming BES5 before?

MH: Basically we had BES5 SP3 running alongside another MDM solution. That solution had been picked out of two or three at the time, and the major focus for that was to give native functionality – native mail, contacts, calendar support – not a containerized solution. The reason for that, is that all the users were used to that native functionality, so what we didn’t want to do is take that away. They like the simplicity.

It’s a secure workspace, but it’s all based around having certain levels of security. So, take an iPad for example: if you don’t have at least a certain password, you can’t have your work email. If you take off your PIN security on the iPad, your email will stop working. So there’s levels of security built into the device checking, to give the staff a way to carry on using that native functionality. 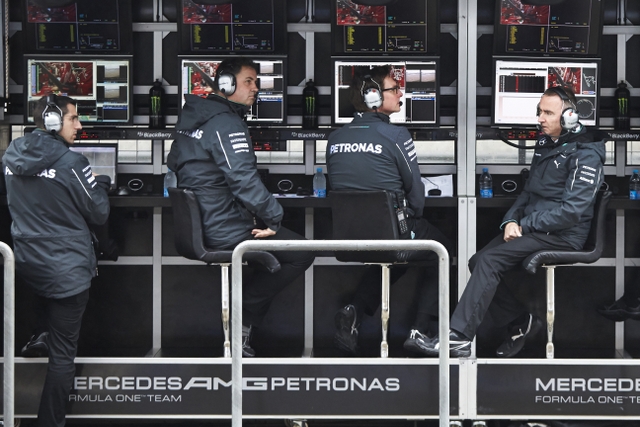 MS: In terms of the devices themselves, how is the team using them? Does it change as you get closer to race day?

MH: In terms of use cases, definitely BBM is used across the whole business. The marketing team use it across their program for co-ordinating all elements on track. Once the engineering guys leave the factory and travel to wherever they are in the world, they’re using BBM to coordinate where they are for meetings or pickups – it becomes part of their key scheduling faculty.

There are definitely changes during a race week as to what’s going on. I send two guys to the track every event. Those two guys are there to setup, manage and provide support to the trackside environment. There’s up to 60 people at the track, with probably in excess of 100 devices, 60 or 70 virtualized machines – so they’ve got a fairly big environment for two people to look after all weekend.

If they have issues, or need to show us issues, we communicated jointly over an IT BBM group. It can turn into a video chat sometimes, or a just voice call. But we’ve had people going to the track, and unsure of something new that we’ve delivered to them, show it to us on the screen so we’re able to point out that cable, that device, whatever it may be, [and say] ‘there’s the problem, now you need to do XYZ.’

“In the normal world, doing an Exchange upgrade is not a massively complicated thing, but as soon as you bring in MDM, things take on another level of complexity and difficulty.”

MS: So for certain parts of the year, your office is essentially a different location around the world.

MH: If you include testing, it’s about 24 times a year where the team is off somewhere for a minimum of four days at a time. So for four days we have an engineering division of 60 people and other members of the team, including mechanics, logistics, marketing, catering – somewhere different, and for those four days, they need to use their mobile as an extension of the office.

MS: What support questions or requests to do you get most? Do they deal more with fixing things or requests for new apps/features/services, etc?

MH: Most support calls are from people asking if they can get an upgrade. The Z30s are very popular now. Other calls are very rare and normally one-offs or around the personal apps and can they get – Android apps like Google Maps.

MS: Have you been following the announced news regarding BBM Protected and BES 12, and are you looking to incorporate them when they’re available? Any particular features for either that you find compelling from an IT or user perspective?

MH: BBM Protected is looking very interesting and we will know more in a few weeks’ time, until then I can’t say much more.

As I said before, we have an earlier version of BES12 installed and a couple of users on it. The plan is for a few more from IT including myself to be migrated in the next 2 weeks – ask me what I think after that [laughs]. I don’t know enough personally to say what features are of most interest but we are certainly looking forward to the latest versions of the BYOD elements for iPads, etc.

Disclosure: I previously worked for BlackBerry from 2009-2011. Despite several requests, the company would not provide me with my own F1 race car.