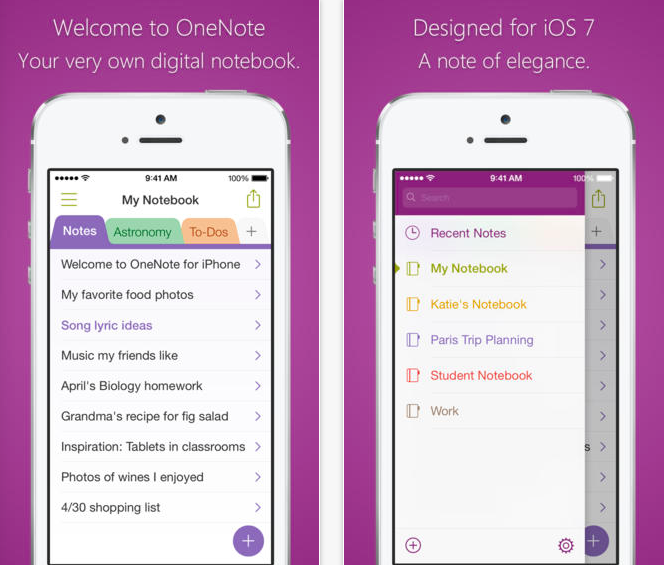 Microsoft OneNote has received a nice update for iPhone today, renovating the look and feel with a more iOS 7-friendly aesthetic and the now-standard swipe-to-return navigation mechanism.

The app is now much closer to its desktop equivalent in terms of features, and competes quite nicely with Evernote in the same space. Users can create and edit Section Tabs, dividing users’ notebook into categories. Think of this as sub tabs within a given Notebook.

OneNote already supported a good number of formatting tools, but the app now adds Office Lens, a way to capture a picture of a document and have it automatically parse into editable text. Microsoft introduced this feature as a standalone app on Windows Phone, so it’s nice to see it integrated into OneNote for iPhone.

Unfortunately, Microsoft still divides OneNote for iOS into separate iPad and iPhone versions, and these changes have yet to arrive on iPad. Hopefully the company will integrate them into a universal version in the months to come.

Microsoft OneNote for Android gets a new way to manage pages