Motorola announces the Moto G, a mid-range device at an entry-level price 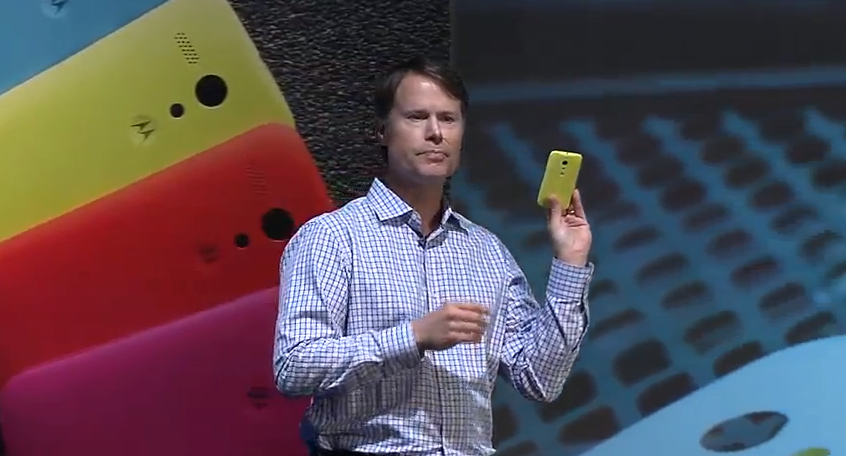 Motorola has taken the lid off one of the most impressive low-cost devices we’ve ever seen. The Moto G offers a premium experience ‘at a fraction of the cost’ when compared to other smartphones.

Announced simultaneously at a number of different launch events around the world — we’re at the Toronto one, but the main event is in Sao Paulo, Brazil — there is perhaps less anticipation for this particular product, but more optimism that it will made a difference in the market.

While it’s slightly thicker at 11.6mm than the Moto X, it weighs a modest 143 grams and is otherwise almost identically sized to its more expensive counterpart. The Moto G also sports a 2070mAh battery to ensure it will lasts ‘all day.’ As for customizations, the Moto G will have removable back that can be interchanged “to meet your style.”

What the Moto G lacks in software features, it makes up for in price. The prices of the Moto G will be $179 outright for the 8GB version, and $199 for the 16GB version. No word yet on the Canadian release or pricing.

Since the device does not have the Moto X’s X8 chip for touchless controls, nor its AMOLED screen for Active Notifications, it does not equate itself well with the high-end smartphone market, but it does not need to. It’s considerably more powerful than most devices in its price range, and Google seems to be content offering a product that undercuts the majority of the devices in its performance range.

We’ll have a hands-on with the Moto G in the coming days, so stay tuned.