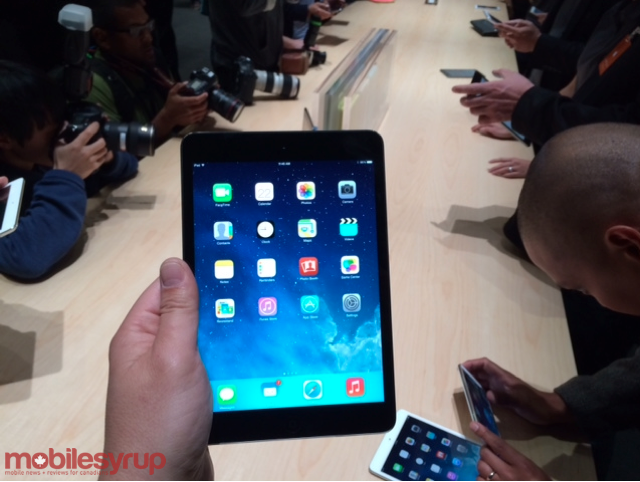 If you’re into buying the next-gen iPads through a carrier, thus hopping on one of their shared data plans, then Rogers, Bell and TELUS have you covered. Rogers announced last night, TELUS and Bell this morning in an email, that they’ll be making the iPad Air with Wi-Fi + Cellular & iPad mini with Retina Display to its customers. The carrier prices have not be disclosed, but it’ll most likely come in the same as what Apple is selling them directly for (pricing here).