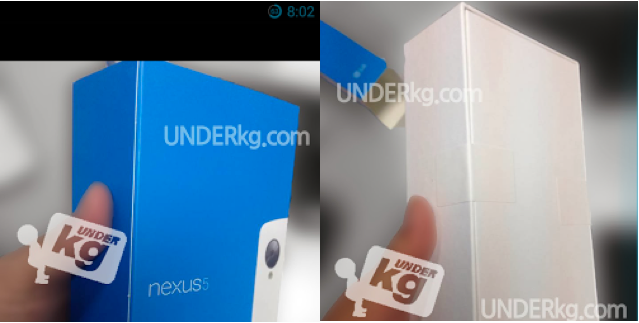 Leak after leak seem to confirm the impending release of the Nexus 5; this time it’s the retail packaging for the upcoming LG-made smartphone. The box, which was leaked by UNDERkg.com, has already been pulled, shows the Nexus 5 decked out in a similar styling to the official press image that Google accidentally posted yesterday. It also reveals the backing in white.

The Nexus 5 is expected to be announced and made available by the end of the month. As for specs, the Nexus 5 is rumoured to come with a 4.96-inch 1080p display, 2GB of RAM, 16-32GB of internal storage, LTE connectivity, a 13MP rear camera, a 2MP front-facing camera, and a 2,300mAh battery. 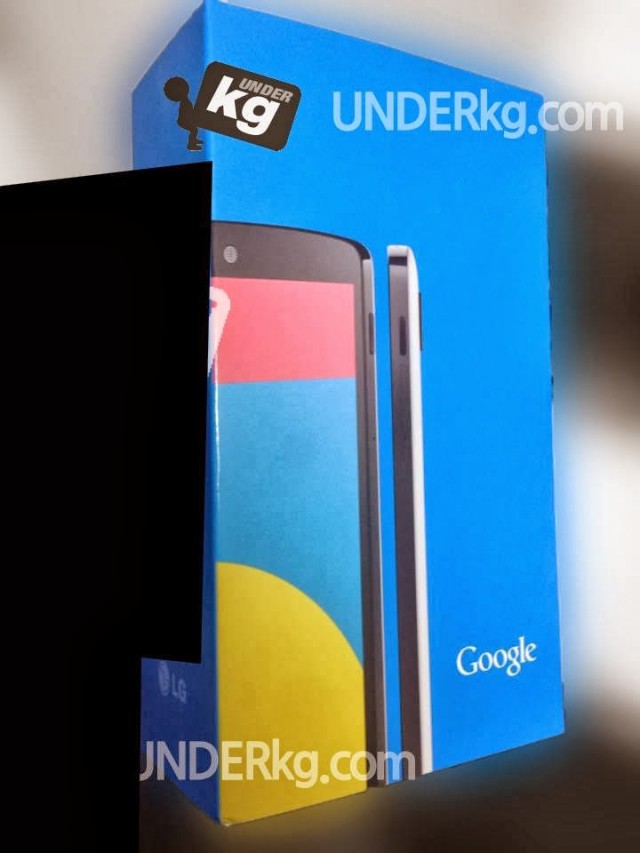