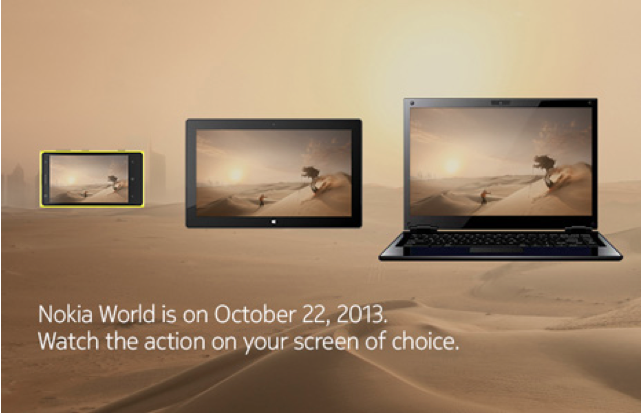 Nokia is getting prepared to dazzle the world on October 22nd. An event is planned to take place in Abu Dhabi and it’s also expected that they will officially unveil the heavily leaked 6-inch Windows Phone 8 Lumia 1520, and the Lumia 2520 Windows RT tablet.

If you’re interested in watching the finer details of the event unfold, Nokia has been kind enough to live stream it via their site where we can ‘watch the action on your screen of choice.’ Canadian-born Stephen Elop will take the stage at 11am Abu Dhabi time (3PM EST). Nokia also notes that there will be ‘an extra treat in the form of a second round of webcasts, after the main announcement’ that will also be streamed and involves ‘additional interactive sessions.’