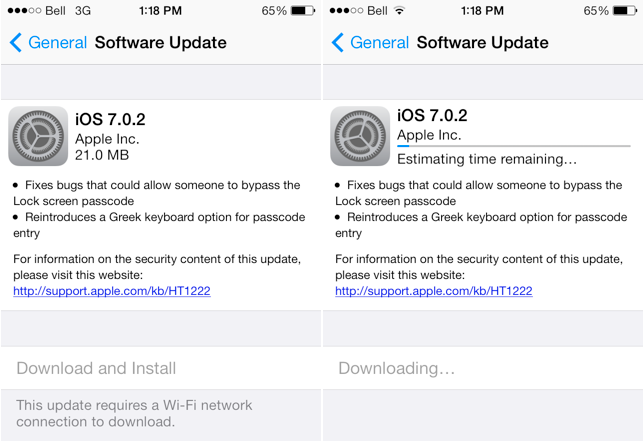 Apple has pushed though an update to iOS 7, now at version 7.0.2, that fixes the bug that allowed users to bypass the passcode unlock feature from the lock screen – now making making your device (iPhone, iPad or iPod Touch) a bit more secure. In addition, Apple has also reintroduced a Greek keyboard option for passcode entry.

The update is about 21MB and can be downloaded over-the-air via Wi-Fi.

Apple iPad to maintain Home hub support with iPadOS 16, but there’s a trade off

SaskTel donates funds and services for Ukrainians settling in Saskatchewan