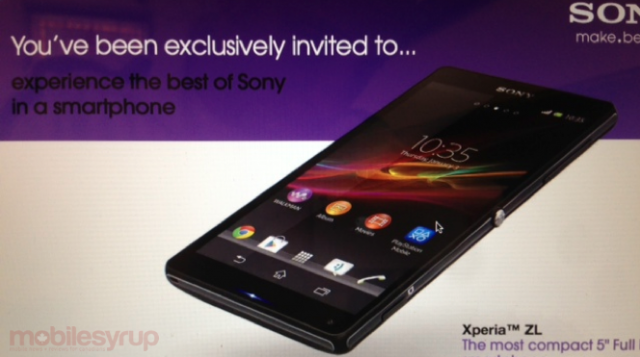 Sony will be taking the Xperia ZL on a Canadian road trip next week. According to an internal doc we received it states that carrier employee training will initially start in Montreal on March 11th, then proceed west to Toronto on March 18th, then finally arrive in Vancouver on March 24th. These dates lineup with the expected April release of the ZL. Sony previously revealed that the Xperia ZL will be coming to Bell, Mobilicity, MTS, Rogers, Videotron and WIND “beginning in April 2013.″ This will probably first hit the Bell and Rogers first, then rollout to the other carriers.