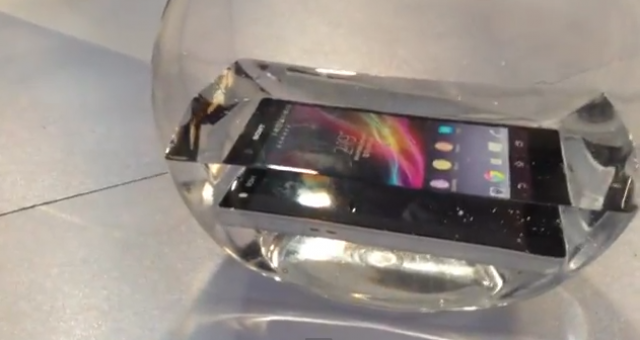 Earlier this week we had some hands-on time with Sony’s new flagship Android devices, the Xperia Z and Xperia ZL. Both have similar specs, but for us Canadians we’ll see the Xperia ZL come to our fine land sometime in Q1. This is a variation of their Xperia Z that the United States and various European countries will be launching. The Xperia ZL is an LTE-enabled Android that comes with OS 4.1 (will upgradeable to Android 4.2), a 5-inch full HD 1920 x 1080 Reality Display with Mobile BRAVIA Engine 2, 13MP camera, 1.5GHz quad-core processor, 2GB RAM, 2330mAh non-removable battery.

The biggest difference is in the design. The ZL has textured backing while the Xperia Z simply looks and feels like a high class premium handset with its tempered glass front and back. There’s no word yet if the Xperia Z will also be coming to Canada, but hopefully at least one carrier will score this device for their lineup. I grabbed a side-by-side comparison of both devices, plus also gave the Xperia Z a little bath as it’s water resistant (Xperia ZL is not). Check it out below.