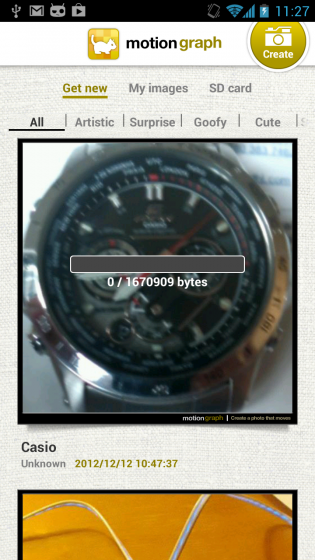 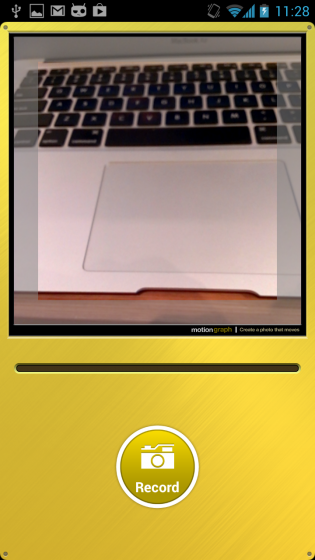 Sony’s new mobile division has a small subbranch called Sony Digital Network Applications, which is intent on creating a collection of media-focused Android apps. Perplexingly, the company charges for these apps, some up to $2.99, and they seem to be pocketing some decent coin judging from the download numbers.

Along with a video trimmer and smart camera app, the company has just released a cinemagraph app called motiongraph. Its intent is to capture several seconds of life and distil it into a “living” photo. We’ve seen this done incredibly effectively with Flixel for iPhone, and to a lesser extent with fotodanz on Android, so I was intrigued enough to put down a dollar on Sony’s newest app venture.

From the beginning, I knew the app was in trouble. Not only was the front page slow to load, but the feed itself was basically unusable; every motiongraph had to be loaded individually as you scroll down the page. This makes for a stop-start experience as you attempt to find compelling content, though from what I can tell no one is using the app for that purpose at the moment.

The video capture screen is even worse; I experienced frame distortion on the HTC One X, and the finished product was of supremely low quality. The interface harkens back to the age of Android 1.6 or earlier, and the entire experience is not worth 99c. It’s a shame that with Sony’s resources and consumer reach they couldn’t create a better product for Android users lusting for that great cinemagraph app. Until then, there’s fotodanz, but even that one doesn’t match Flixel and Cinemagram for user experience and versatility.

If you want try motiongraph, head to Google Play.