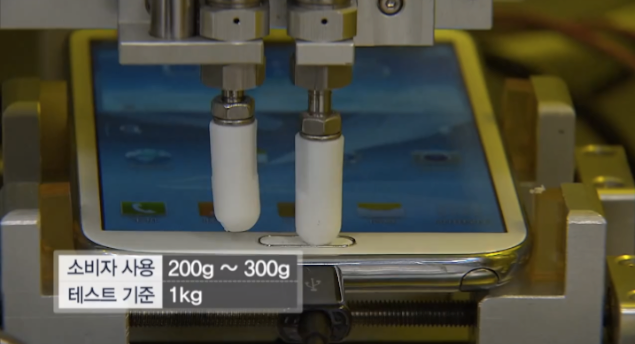 It’s well known that phone manufacturers thoroughly stress test their various devices before releasing them to the public. In Samsung’s case, building over 50 million smartphones every quarter stresses not only its supply chain but its facilities.

Nevertheless, the Korean company adroitly utilizes various methods of securing you the most robust handset available including, but not limited to, building a jean-clad rear end in order to fake the time-honoured “sitting on your phone” scenario.

The company mashes buttons, pours water over screens, and generally contrives every conceivable way in which one could damage his or her phone. And while, as we know, things get dropped, sat on and smashed, phones these days are a lot more hardy than they were just a few years ago — it’s usage that’s grown exponentially.