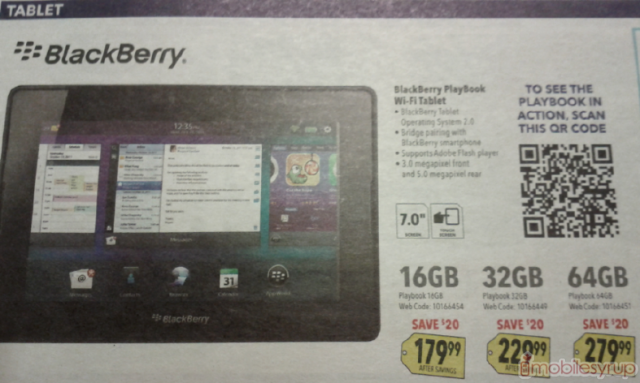 RIM has sold over 1.3 million BlackBerry PlayBooks and they’re on the brink of coming out with 4G LTE version. When RIM had their PlayBook fire sale last year we saw the price of the tablet sink to a low $99 for the 16GB version. Since this date the prices have stabilized between the $199 for 16GB model to $299 for the 64GB model.

Who’s buying, or who’s waiting for the 4G LTE version?
(Thanks Todd!)